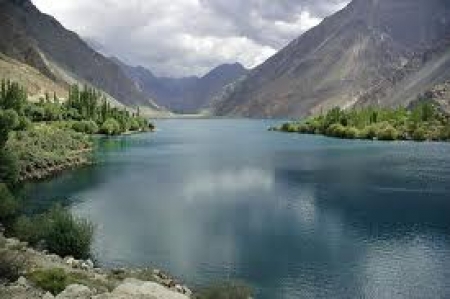 SKARDU: A massive landslide that blocked water flow of River Baltoro have formed a lake, resulting in   and sparking fear among the residents in north Pakistan.

Chief Secretary Gilgit-Baltistan has directed local administration to install a warning system in the area.

He also asked the commissioner and deputy commissioner to visit Shagr, a sub-division of Skardu where a 300 x 800 mountain landslide fell down in the river in the suburbs of Hoto on the night between Tuesday and Wednesday.

Villagers called on the government to take measures to evacuate them from the affected areas.