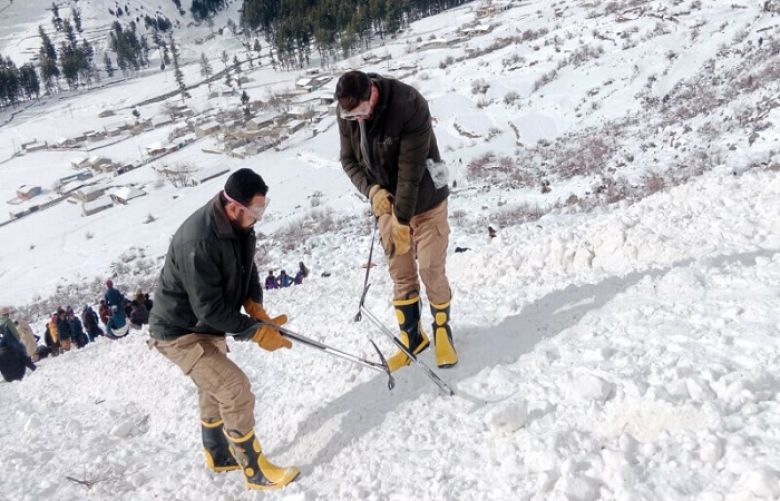 Rescue teams recovered on Thursday the bodies of two youths from underneath the snow, a day after an avalanche hit Gilgit-Baltistan’s upper Naltar Valley.

According to Nomal police, the avalanche had hit the valley’s Khayot village, following which the boys — named Zubair and Arif — were reported to be missing.

Rescue teams resumed their efforts in the morning and were successful in recovering the bodies of both the victims after a few hours.

Prior to the recovery of the bodies, GB Chief Minister Khalid Khurshid had directed the local administration and Rescue 1122 to “make every possible effort”. He had also expressed his grief on the incident.

According to locals, an avalanche had suddenly fallen in the Gichhar and Labar lakes, causing the outburst.

Almost all areas in GB have seen intense cold weather throughout the previous week with continuous snowfall and below 0°C temperatures. According to the Pakistan Meteorological Department, the temperature in Astore was -6°C and -5°C in Skardu on the day of the incident.