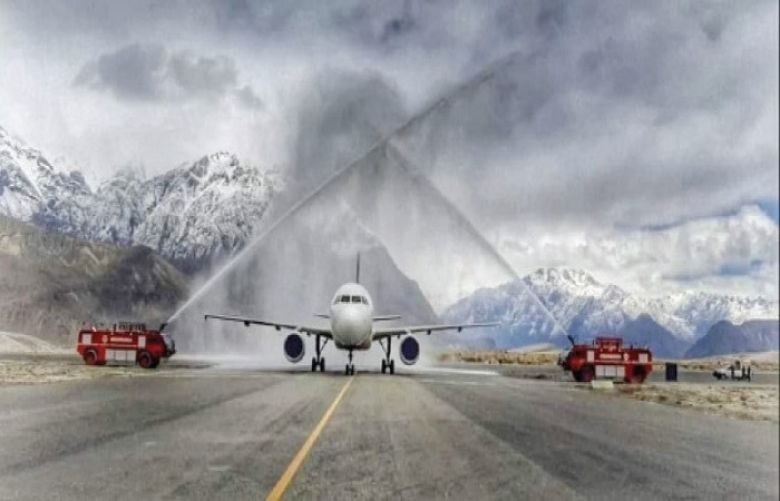 The Skardu Airport has been made ready for flight operations after the central valley of Gilgit-Baltistan received heavy snowfall during the last four days.

The Skardu air facility, located at 7,500 feet above the sea level, is one of the world’s highest airports.

According to details, the runway of Skardu Airport was closed due to heavy snowfall which has now been cleared by the CAA authorities. The airport became fully operational for the landing and take-off of aircraft.

The airport management said that the runway and upper apron areas were completely closed due to 6 inches of snow at the airport, which have been cleared in eight hours.

The Civil Aviation Authority (CAA) is working on an emergency basis at and around Skardu Airport.

CAA staff cleared the runway with tractors. The management added that the airlines could operate the flight depending on the weather conditions.

Earlier, the CAA in its press note said the clean-up operation continued throughout the night and the snow was removed from one runway, having 8,000 feet in length, while the clearance work on the second runway of 12,000 feet length was in progress.

The local administration was also helping the CAA in clearing the airfield to resume the regular flight operation at the earliest.