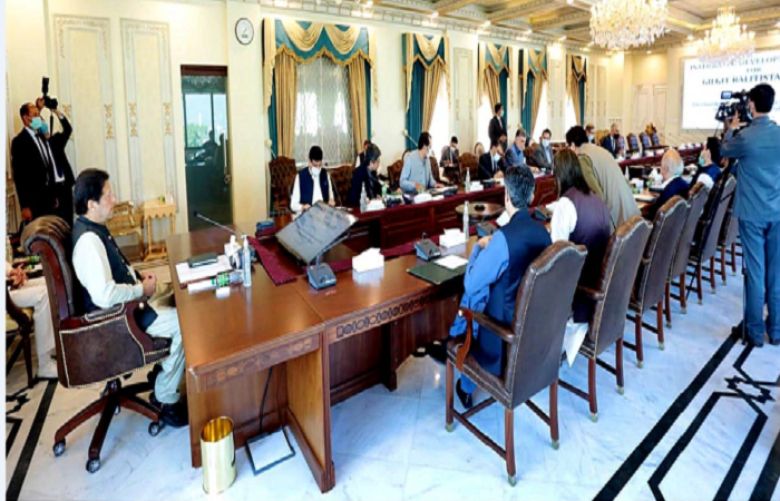 Prime Minister Imran Khan Wednesday directed the authorities concerned to remove all the legal and procedural obstacles in the way of Gilgit-Baltistan's development projects.

A statement issued by the Prime Minister’s Office said that the premier chaired a meeting to review the progress of the integrated development plan for G-B.

“We are focused on accelerating the pace of work on various development projects in Gilgit-Baltistan by taking effective measures to ensure delegation of administrative and financial powers,” said PM Imran Khan during his address to the meeting.

The statement said that the authorities were directed to “clear all legal and procedural hiccups in this regard to facilitate the people of Gilgit-Baltistan who have to travel long distances to reach Islamabad for getting their issues resolved”.

PM Imran Khan also ordered the provision of internet connectivity to the area at the earliest to cater better communication facilities to the local population.

Earlier, the prime minister was briefed about the progress of the implementation of the historic five-year development package for G-B, announced by his government early this year.

Per the statement, Rs370 billion would be released to G-B for various development projects till the fiscal year 2025-26 under the package.