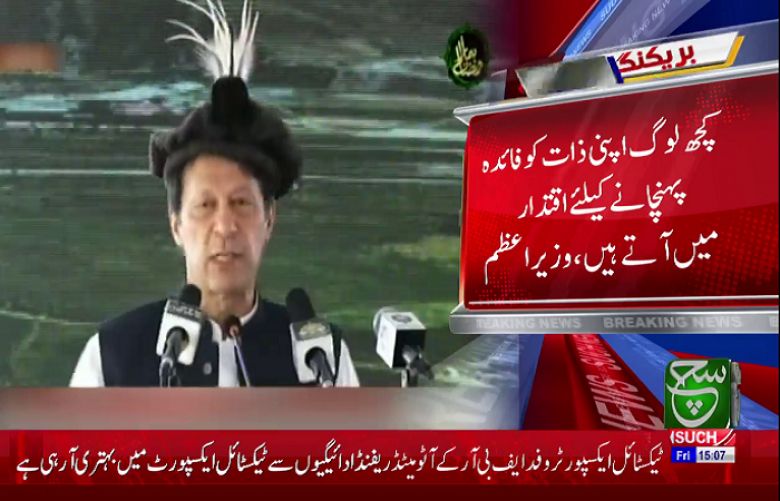 Prime Minister Imran Khan on Friday announced a five-year mega development package of Rs 370 billion for Gilgit-Baltistan during his day-long visit to the region.

Announcing the main features of the development package at a ceremony in Gilgit on Friday, the prime minister said it is the first time that such a huge amount will be used for the development of this picturesque and strategically located region.

The uplift package consisted of hydel projects, new roads and Babusar Tunnel, scholarships and skills training for the youth of the region, upgradation of health and education facilities, water and sanitation schemes, promotion of SMEs and expansion of airports, particularly the Skardu Airport, to cater to international flights.

He said the PTI-led government will also support the development of small and medium enterprises in the area besides focusing on the expansion of its infrastructure.

He said efforts will also be made to enable Gilgit Airport to host international flights.

Highlighting the immense and diverse tourism potential of Gilgit-Baltistan, the prime minister said this development package will prepare the region to attract tourists which will benefit not only the locals but the whole country.

“By exploiting GB's tourism potential we will make it self-reliant.”

PM Imran, however, emphasised the need for the promotion of tourism in a planned manner to cultivate its true benefits. “The tourism in the region should not affect the forests and mountains.”

Taking a jibe at the Opposition, the prime minister said previously, Pakistan's rulers went to London for holidays as they are unaware of the true potential of this area.

While reaffirming his commitment to transform the country by waging a successful struggle against the corrupt mafia, PM Imran said it is the first time that this mafia is being brought under the ambit of the law.

The prime minister said that being a democrat, he could support any dictator.

“Some people come to power to benefit their families and after achieving that, these people transfer money out of the country. Those who steal money and send it abroad, do double harm to Pakistan," he said.

The prime minister admitted that he had also made many mistakes in the past when it came to awarding tickets for elections.

“I have made many mistakes in giving tickets in the past and often think about these. But the CM [Khalid Khurshid] is the right choice.”

He said NAB has been around for the past 20 years, but the anti-graft institution initiated operations against the powerful during the PTI-led government and has laid hands on the powerful in the country.

“Whenever we win, we will bring the powerful under the law," he said.