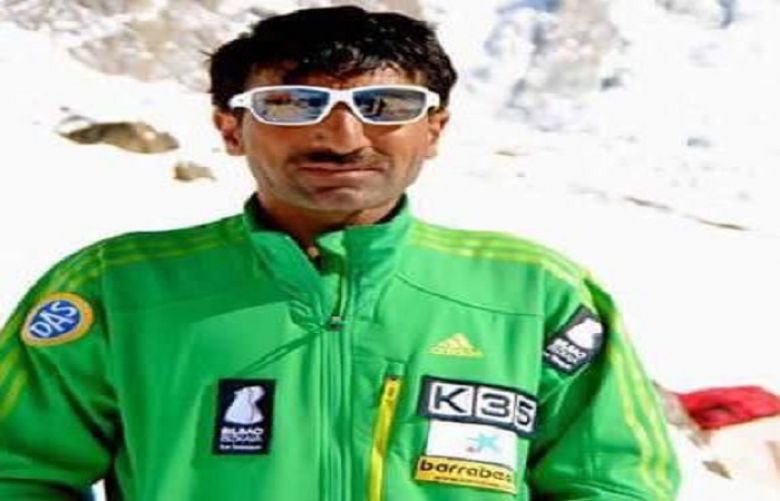 The last time I saw my father was on February 5.

We were on our way up the K2 mountain when I had to turn back 8,200-meters into the journey due to an equipment glitch. But my father was motivated and ready to continue.

He was excited to become the first Pakistani to summit the unclimbed K2 mountain in the winters.

Before I left him that afternoon, he said, pointing to the mountains around him: “God has given Pakistan a beautiful gift. Which is why we, Pakistanis, should be the first to climb this peak.”

It has been four days today. No one has seen my father since that day. He is up there somewhere, 8,000-feet high.

But, to be honest, I am still hopeful of his return. My father is a survivor you see. He always has been.

When he was born in 1976, in the remote village of Sadpara in the mountainous Gilgit-Baltistan, no one thought he would live. My grandmother had given birth to 11 children, of whom only two had survived, a son and daughter.

After completing his FA from a government college in Skardu, he started to work as a high-altitude porter. That is when he fell in love with mountain climbing.

He would always tell us how gorgeous the peaks were. “Why should only foreigners climb them? Why don’t we Pakistanis attempt it?” he would ask.

Soon he left his job and began his own journey.

In 2016, as you may know, he completed the first winter ascent of the Nanga Parbat mountain. He returned triumphant. Like I said, he was a survivor.

His dream was to climb all 14 8,000-meter peaks in the world. I hope he gets to complete his mission. But if he doesn’t return, I know it would now be up to me to make his dream a reality.

Sajid, 22, is Pakistani mountaineer Muhammad Ali Sadpara’s son. Sadpara went missing in February while on his way to summit the K2 mountain. This interview was narrated to Geo.tv by Sajid.