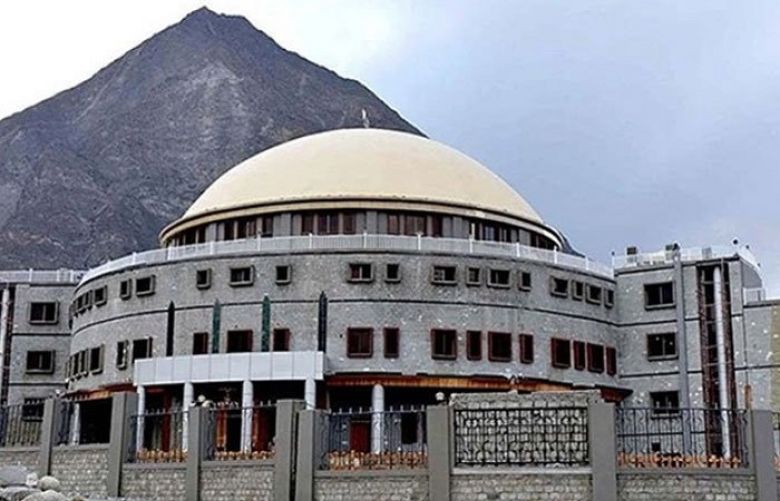 The PTI is all set to form the government in Gilgit Baltistan after having secured 22 of its 33 seats, according to the official results announced by the region's election commission on Tuesday.

The PPP and PML-N — both of which have levelled allegations of rigging — hold five and three seats, respectively.

In all, the GB Assembly has 33 seats — 24 of which are contested through directed elections; six are reserved for women and three others reserved for technocrats and professionals. Political parties can nominate their candidates to the latter through proportional representation.

PPP's GB chapter President Advocate Amjad Hussain was declared as the winner in GBA-1 and GBA-4. PPP also won GBA-24 constituency. The party also got two reserved seats — one for women and the other for technocrats.

PTI's Fatehullah Khan has been declared as the winner in GBLA-2, despite the constituency's returning officer's recommendation that a forensic audit of the ballots should be held. Earlier, unofficial results had indicated that PPP’s Jameel Ahmed would win the constituency with 8,817 votes against 8,200 secured by PTI's Khan. But the recounting of votes turned the tables.

Yesterday, PPP workers and supporters took to streets to protest against alleged rigging in the constituency. The protest had turned violent following clashes between demonstrators and police and four vehicles and a building of GB's forest department were torched by unidentified miscreants. Protests against alleged rigging and use of force by police yesterday are also being held today.

In GBA-3, PTI's Syed Sohail Abbas was declared as the winner, while GBA-5 was grabbed by independent candidate Javed Ali Manwa.

GBA-6 and GBA-7 were both won by PTI, while GBA-8 was taken by MWM candidate Muhammad Kazim. Meanwhile, GBA-9 and GBA-10 were won by independent candidates.

Meanwhile, PML-N was able to grab GBA-16 and GBA-21 and one seat reserved for women.

Soon after the chief election commissioner issued the official election results, PPP announced its rejection, saying that the outcome was announced without addressing the party's reservations.

"How can results be announced officially when a protest by party workers is underway and PPP still has reservations?" asked PPP leader Nafisa Shah. She further said that the announcement of results had "exposed the nexus of federal government and [GB] election commission".

Shah said that GBA-2's returning officer had clearly said that a forensic audit of ballots should be held and yet results had been announced without conducting one.

"No matter what happens, [we] will not let [anyone] rob us of a seat that had been won," she declared.