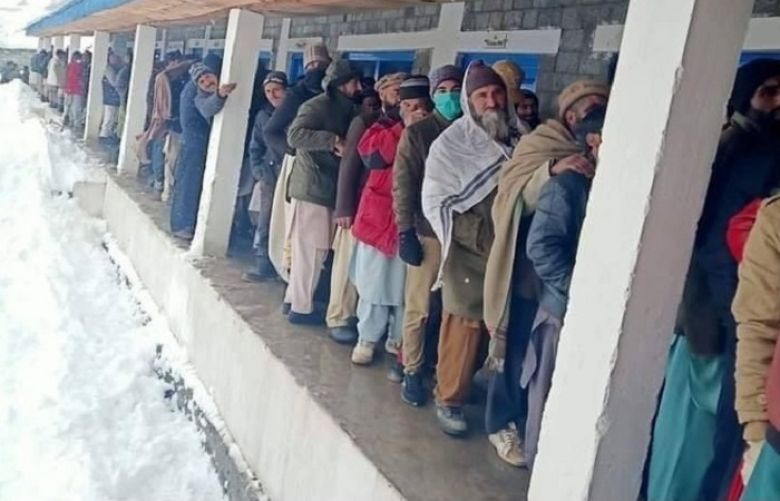 With 33 Gilgit-Baltistan Assembly seats up for grabs, people in the region headed to vote as the polling started on Sunday morning.

Voters were seen lining up outside polling stations to cast their ballot despite the temperature dropping as low as minus six degrees centigrade in some areas of the region due to the season’s first snowfall coupled with cold winds.

The harsh weather could not dampen voters’ enthusiasm as people came out of their homes in trickles and droves to exercise their right to franchise in Gilgit-Baltistan’s third election since the region was given the power to elect their representatives in 2009.

There are 24 constituencies in Gilgit Baltistan while its assembly has 33 seats, including reserve seats for women and technocrats. 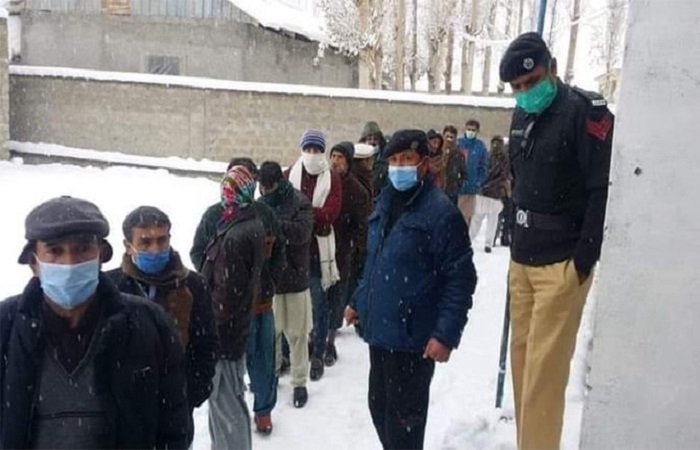