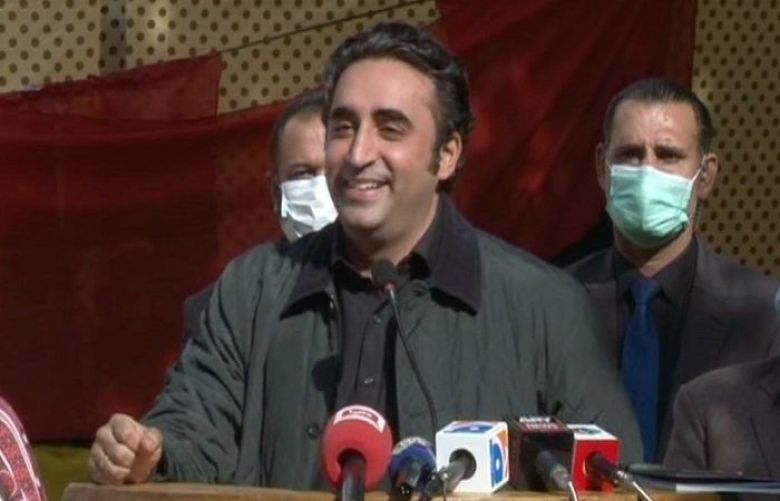 PPP chairman Bilawal Bhutto Zardari on Thursday launched his election campaign in Gilgit-Baltistan, promising prosperity and development in the region while stressing on the fact that he is Bhutto's grandson, "not some sports player who takes U-turns".

Addressing, a worker’s convention in Skardu district, the PPP leader said that the citizens of the country are deprived of their basic rights because the authorities sitting in Islamabad make decisions without analysing the real problems faced by the people living in a particular region.

“I am [Zulfiqar Ali] Bhutto's grandson, not a [sports] player who takes U-turns from his promises. I have the same manifesto that I had promised you earlier. It is quite a known fact about PPP, that the party provides employment to people, be it in Asif Ali Zardari’s tenure or Mohtarma Benazir Bhutto's government,” Bilawal said, adding that the provision of employment opportunities and education will be one of the top agendas of the party.

Criticising the PTI-led regime for “historic inflation, poor education policies, and health reforms", Bilawal said: “The treatment meted out to our lady health workers is reprehensible. These workers ensure our health and this is how we are treating them. To date, Zardari’s launched health workers programme is facilitating the workers and that is what we envision for this region as well."

“We plan on launching free quality hospitals in the region just like we launched Gambat medical institute that rushed to the rescue of Shaukat Ali [the veteran folk singer] when he was suffering from a lung ailment,” he said, adding that no other provincial government had extended their facilities to the celebrity.

Emphasising on introducing developmental reforms in the region, Bilawal said that there is no other region as resourceful as Gilgit-Baltistan.

"We have to invest in the region. Whenever I visit foreign countries, I recommend them to visit GB before visiting Sindh," Bilawal said, adding that the tasty fruits that are grown in the region are not found in any other part of the world.

“I tasted the mulberry grown here when I visited last and couldn’t find as luscious a mulberry ever again,” he remarked.

Ruing that the farmers of the region are left to their own devices, Bilawal said that in order to ramp up economic stability, the region needs food processing plants, cold storage chains, and a dense transport network to transport fruits and vegetables first in Pakistan and then around the world.

“For this to happen, you will have to help bring us into power. We have to give you the basic rights from which you have been kept deprived since always,” the PPP chairman stressed.

Taking lessons from other provinces

Bilawal went on to say that the people of Gilgit-Baltistan “should make their decision wisely while realising the situation of other provinces where PTI was in power.

“We need to save GB because we have seen what they [former governments] have done in other provinces. Go ask the people of KP what they are suffering through,” Bilawal said, censuring the incumbent government for their ineffective policies.

Don’t believe their propaganda, he said, adding: “They will ruin your children's future. We have to save this region from unseen devastation.”

Reiterating that democracy is the only solution to all woes of the country, Bilawal hoped that PPP will witness a remarkable win in the region.

"Support Mohtarma Benazir Bhutto's vision and we will brighten the future of your children," he vowed.