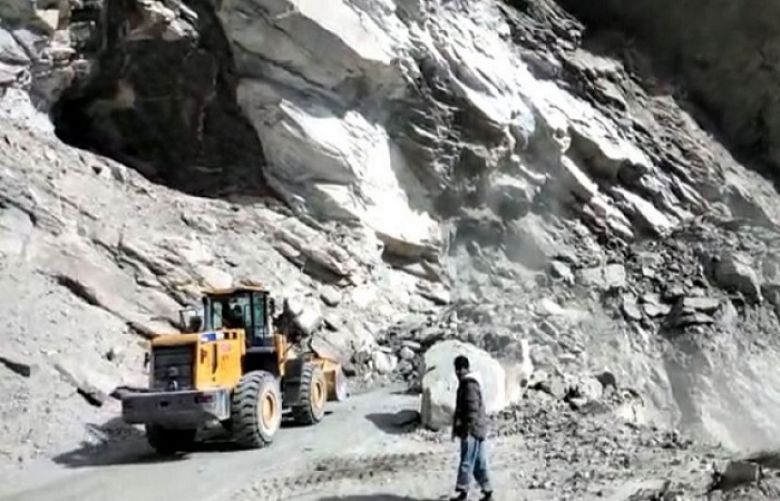 A skardu bound Passenger coaster met an accident at Gilgit-Skardu road when it hit by a massive landslide.

At least 16 People killed in an unfortunate accident happened at Gilgit-Skardu Road on sunday morning.

A passenger coaster bound to Skardu hit by a huge landslide at Thangus area of Sub division Roundu.

According to Police 16 death bodies has been recovered so far.

Sources also said that at least 16 people were traveling including the driver when the a landslide plunge the bus in the ravine.

According to district administration, recue work underways at accident area.

The coaster number LES 590 had left rawalpindi yesterday morning and heading towards Skardu when it met the accident at Thangus area of Skardu district.