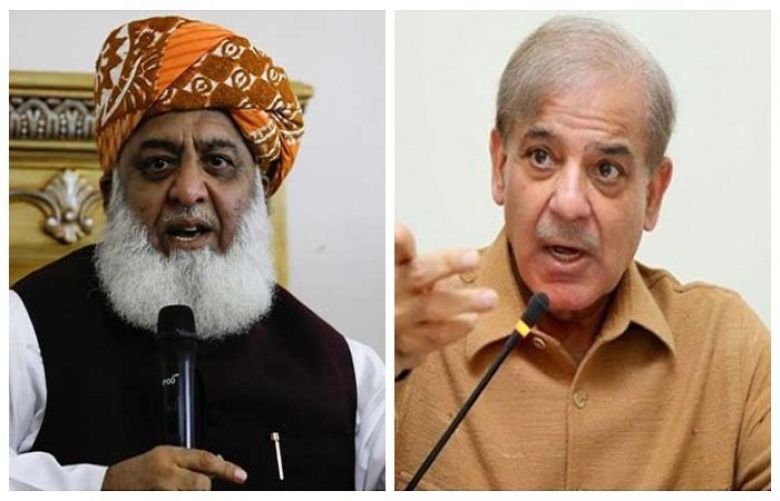 The PML-N and the Jamiat Ulema-e-Islam-Fazal (JUI-F) have refused to attend a parliamentary leaders meeting called by Speaker Asad Qaiser to discuss proposals regarding the upcoming Gilgit-Baltistan elections.

The session has been convened by Qaiser tomorrow. Opposition leader and PML-N president Shehbaz Sharif reacted to the development by stating that Gilgit-Baltistan is a sensitive and national issue, and that it is connected with the Kashmir cause.

In a statement issued on the upcoming elections in the area, Shehbaz demanded that the federal government should not obstruct the process of transparent and free elections in GB.

He said that considering the government's attitude, his party has decided not to cooperate with them in any way for the GB polls.

The PML-N president further said that the speaker of the National Assembly has no authority to interfere in the electoral affairs of Gilgit-Baltistan.

Shehbaz said that he would abide by the resolutions and decisions passed at the All Parties Conference meeting.

Meanwhile, the JUI-F also withdrew from attending the meeting.

On the other hand, PPP chairman Bilawal Bhutto Zardari, while condemning the interference of the Centre in the general elections, said that the speaker and federal ministers have nothing to do with the elections in Gilgit-Baltistan.

The Speaker National Assembly & Federal ministers have nothing to do with elections in GB. We condemn the interference of federal government in the elections. My party will only be engageing with the Election Commission GB on our demands for fair elections. #gbkafaisla_gbwalonka

"The Speaker National Assembly and Federal ministers have nothing to do with elections in GB. We condemn the interference of the federal government in the elections," the PPP leader wrote on Twitter, clarifying that the party will only be engaging with the Election Commission GB on our demands for fair elections.

Earlier on Thursday, the Election Commission of Gilgit Baltistan had issued the election schedule for the region's legislative assembly that will be held on November 15 of this year.