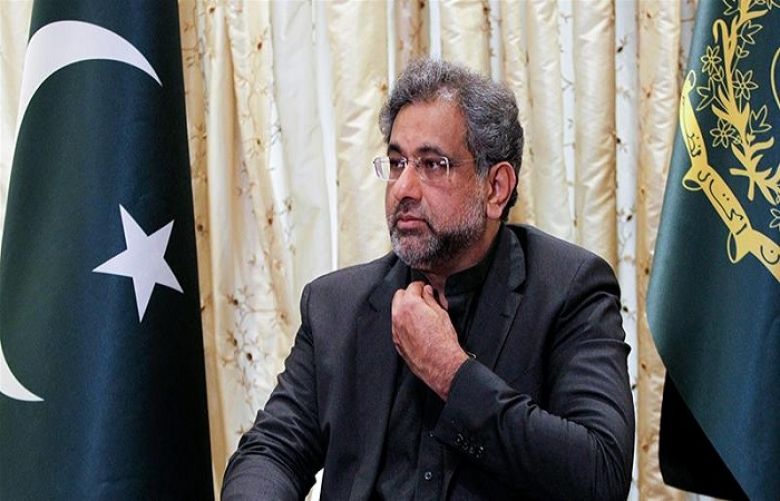 The hearing was adjourned due to unavailability of AC Judge Azam Khan.

Talking to media men after appearing before the court, the Pakistan Muslim League-Nawaz stalwart said despite passage of 13 months, he has not been provided with the copy of reference.

Khaqan also thanked National Accountability Bureau (NAB) for inducting him in the list of billionaires. Replying to a question, the former prime minister ruled out allegations of money laundering and stated that he and his son paid all the taxes and the money in their accounts is legitimate.

He demanded disbanding of NAB.

Former prime minister Shahid Khaqan Abbasi, Miftah Ismail, ex-PSO MD Imranul Haq and others are facing charges of corruption over awarding a LNG import contract allegedly at exorbitant rates in 2015, which caused a big loss to the national exchequer.

NAB sources said that Abbasi, in 2013, had awarded a LNG import and distribution contract to the Elengy Terminal in violation of the Public Procurement Regulatory Authority (PPRA) rules and relevant laws.