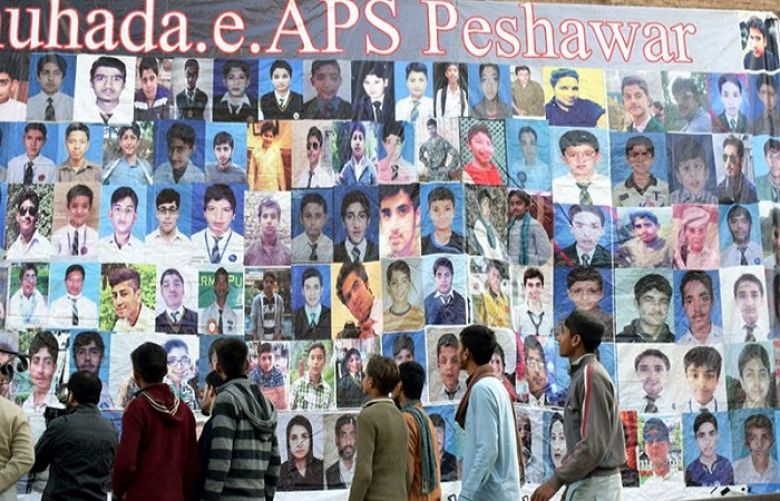 The Supreme Court has set August 4 as the date to hear the case pertaining to the 2014 attack on Army Public School in Peshawar.

The Chief Justice of Pakistan Justice Gulzar Ahmed will head the two-member bench. A notice has been sent to the attorney general.

The judicial commission formed to investigate the 2014 attack on Peshawar’s Army Public School had already submitted its report in the Supreme Court.

The commission recorded the statements of 101 witnesses and 31 police and other officials of law enforcement agencies for its 3,000-page report.

It may be noted that the then chief justice of the Supreme Court Saqib Nisar had ordered judicial inquiry of the carnage in 2018.

On Dec 16, 2014 six terrorists stormed the school and martyred around 150 students and teachers.

After this tragic incident, the government chalked out the National Action Plan to eliminate terrorism from the country.