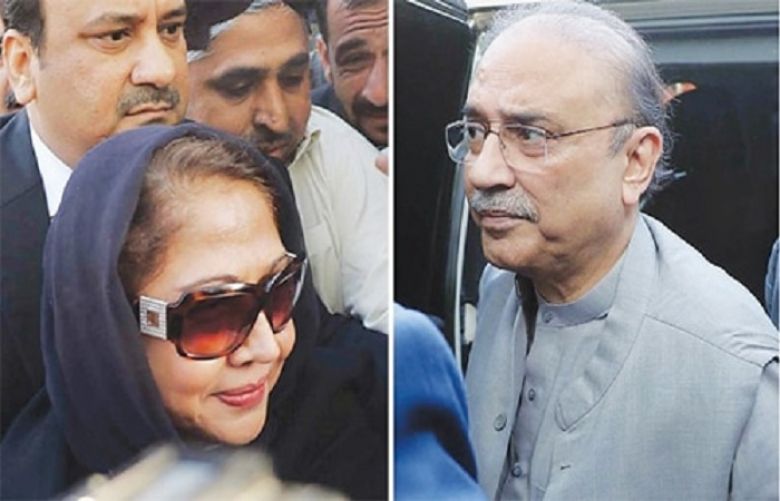 The court put off proceedings of indictment in NAB references till August 07 due to absence of former president’s counsel Farooque H. Naik.

It is to be mentioned here that the court had earlier fixed July 29 for indictment of Asif Ali Zardari and his sister Faryal Talpur in money laundering and Pink Residency references.

An assistance counsel appeared on behalf of Naik and sought a date of hearing after August 05. He informed the court that Farooque Naik could not appear in court due to the Senate session in Muzaffarabad scheduled on August 05.

The court also approved a petition of Asif Ali Zardari and Faryal Talpur seeking exemption from appearing in the case proceedings.

Judge Azam Khan of the accountability court said that the accused have to appear in court regularly after indictment and opening of the trial.

He adjourned hearing of the case till August 07.

Zardari, his sister Faryal Talpur and other accused face charges of graft in money laundering in Pink Residency and other references filed by the National Accountability Bureau (NAB).