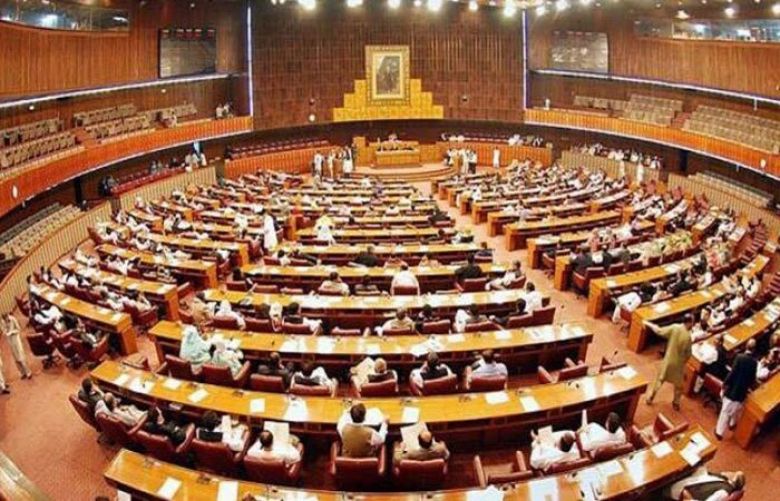 The National Assembly on Monday passed a resolution unanimously, calling for the Holy Quran to be taught in universities and higher education institutions across the country with Urdu translation.

The resolution maintained that according to the Constitution, the official name of the country is the Islamic Republic of Pakistan while the Holy Quran and the Sunnah would be considered as the supreme law.

“Therefore, it is necessary to make proper arrangements for understanding of the Holy Quran in universities,” the resolution said.

In another resolution passed unanimously, the House extended full diplomatic and political support to Kashmiris and condemned the brutalities of Indian forces in the Indian Occupied Jammu and Kashmir (IOJ&K). The resolution was passed on the eve of Kashmir Martyrs’ Day.

“This House extends Pakistan’s diplomatic and political support to the right to self-determination of Kashmiris as ensured in United Nations Security Council resolutions and demands immediate end to the brutal acts in the Indian Occupied Kashmir (IOK),” said the resolution.

Minister of State for Parliamentary Affairs Ali Muhammad Khan, moved the resolution on behalf of the House. The House also called upon the United Nations and international community to play their role in putting an end to ongoing wave of terror unleashed by the Indian troops in the IOJ&K.

As the House passed the resolution, PML-N member Ayesha Ghous Pasha while referring to media reports, condemned the government for allowing the reopening of Wagah border for trade on the Kashmir Martyrs’ Day.

“I want to know why the government has allowed the opening of Wagah border on the Martyrs’ Day?” she asked. She further asked the government to inform the House on which conditions it allowed the reopening of Afghan transit trade and why trade with India was being facilitated.

She also questioned whether the government would be able to prevent terrorism in the cover of trade from India. “Is the opening of Wagah border for trade a gesture of showing loyalty to Kashmiris?” she asked.