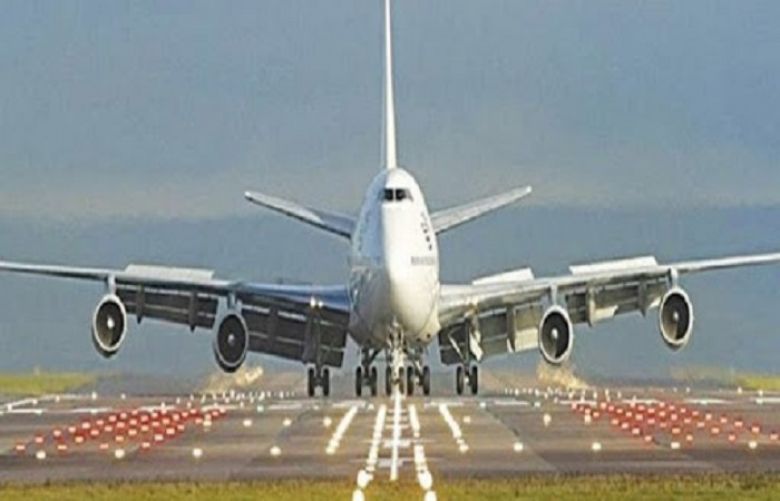 According to a notification, the national flag carrier has terminated Khalid Jadoon from service after finding him guilty of holding a forged BA degree.

The assistant manager had been served a show-cause in December last year on account of submission of fake BA degree during service under the provision of PIA employees disciplinary policy- 2019 but he failed to submit a satisfactory answer.

“Thereafter, an enquiry was conducted but you failed to participate in the enquiry proceeding, however, submitted a written statement wherein you accepted the charges levelled against you.”

The probe officer after completing the enquiry proceedings declared him guilty of possessing fake degree. 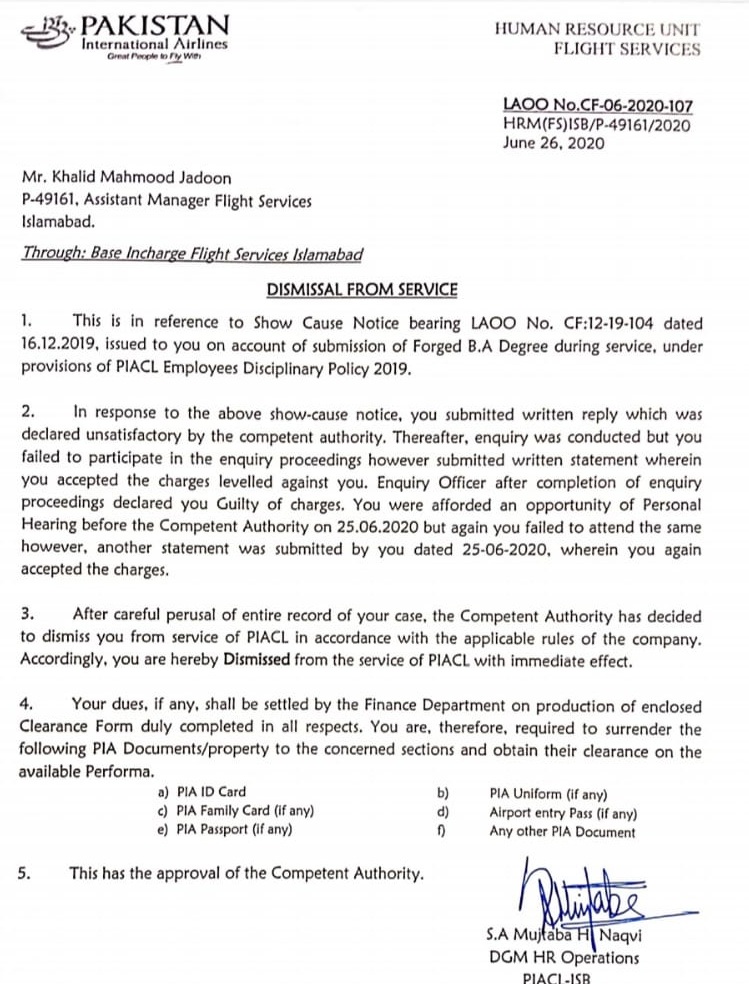 The suspension will come into force from Wednesday and will remain in place for six months.

All PIA flights to Europe will remain suspended after the order as the national flag carrier had asked passengers to either refund their tickets or extend them for a later date.

Speaking over the development, a PIA spokesman had said that they were in touch with the European authorities over the matter. “We are taking measures to allay their concerns,” he had said while hoping that the suspension would be lifted soon.