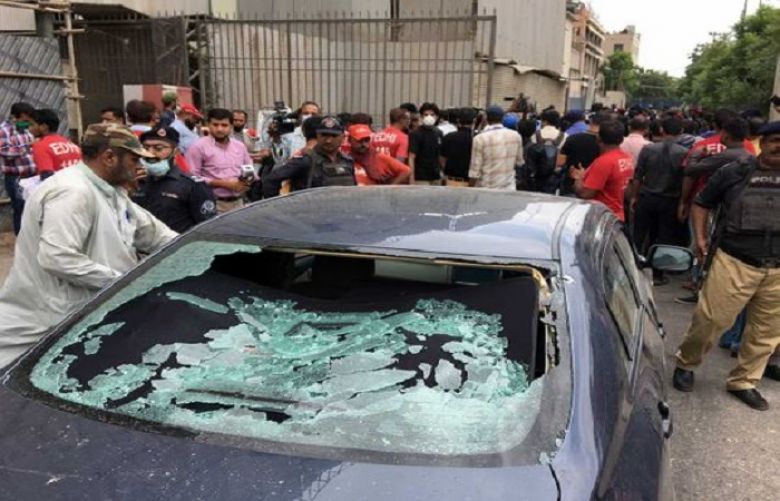 He in a statement said courageous security personnel bravely fought the enemy off and foiled this attack. The entire nation is proud of its brave security men, he added.

The prime minister offered condolence to families of those martyred in the attack and prayed for recovery of the injured.

PML-N vice president Maryam Nawaz Sharif in a tweet said: “Salam to the brave sons of soil who foiled a major terrorist attack that could have been catastrophic. The fact that an attack of such magnitude was planned & executed is extremely unsettling. Bad news”

Sindh Chief Minister Murad Ali Shah said the PSX attack is akin to an attack on the country’s security and economy, lauding the timely response of the Rangers and police. He directed the law enforcement agencies to stay alert and summoned a detailed report on the attack.