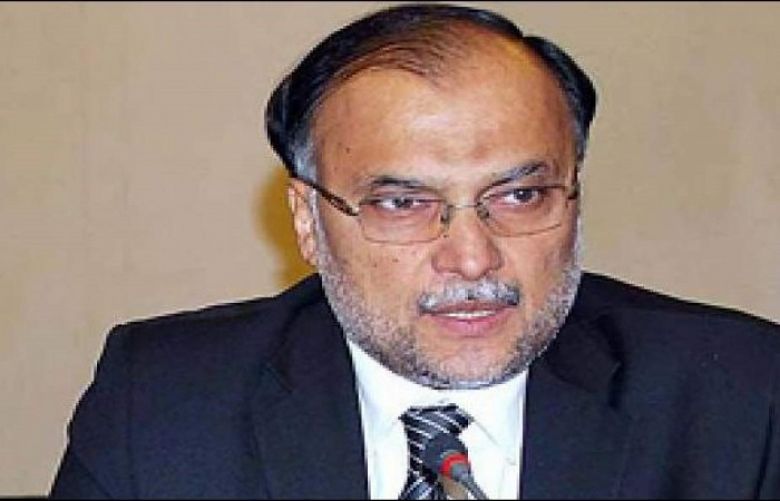 An accountability court in Islamabad on Friday directed the National Accountability Bureau (NAB) to submit a report explaining why it has not yet filed a reference in the Narowal Sports City (NSC) Project case.

Pakistan Muslim League-Nawaz (PML-N) stalwart and former federal minister Ahsan Iqbal turned up before the accountability judge as the court resumed hearing the corruption case against him.

Over the course of the hearing, the bureau’s prosecutor sought more time to file the reference, stating that witnesses have been called to record their statements but they are not showing up due to the coronavirus pandemic.

At this, the PML-N leader taunted the bureau questioning why he was detained for two months if the anti-graft watchdog doesn’t have witnesses.

Towards the end of the hearing, the judge directed the bureau to submit a detailed report explaining what difficulties it faced in filing the reference and adjourned the hearing until July 20.

Ahsan Iqbal was taken into custody by the NAB on Dec 23, 2019 in the Narowal Sports City (NSC) Project case. He was granted bail by the Islamabad High Court (IHC) on Feb 25 this year 62 days after his arrest.

He is accused of using funds of the federal government and Pakistan Sports Board (PSB) for the NSC project.