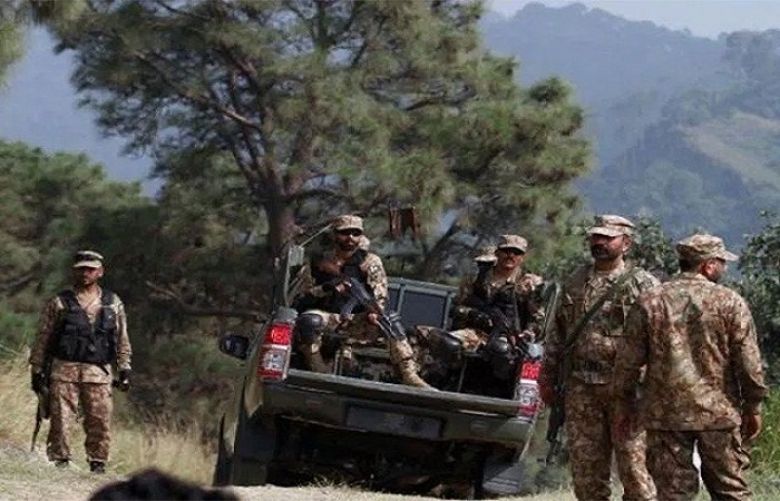 According to details shared by the ISPR, the Pakistan Army vehicle hit a landmine in Miramshah, administrative headquarters of the North Waziristan area.

The incident led to the martyrdom of two soldiers and wounded two others. The martyred soldiers have been identified as Subedar Aziz and Lance Naik Mushtaq.

During the exchange of fire, one soldier embraced martyrdom; while three others were injured.

Havaldar Akbar Hussain Khan was killed in action (KIA) while defending the army check post leaving behind a widow and four kids. The martyr belongs to the area of Dhir Kot situated in District Bagh, Azad Jammu and Kashmir, said ISPR.

A search operation is currently underway to determine facts about the terrorist attack and catch others who may have come alongside the five terrorists who were shot to death.