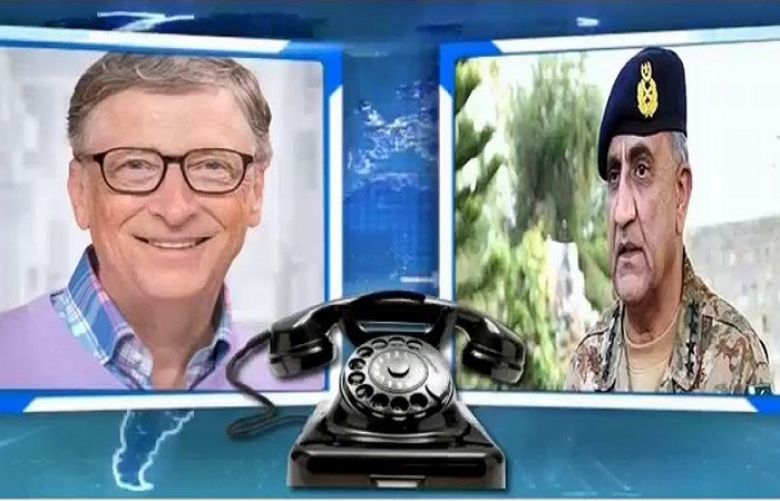 Bill Gates said that the armed forces of Pakistan were playing an effective role in the security and monitoring of the anti-polio drive.

COAS Bajwa said that it was the national responsibility of the armed forces and the military troops were playing its role in carrying out healthcare activities. He added that the health workers played a vital role to successfully run the anti-polio campaign which would be resumed within a few weeks.

They also exchanged views over the dangers of coronavirus pandemic besides discussing the usage of technology and awareness plans against COVID-19.