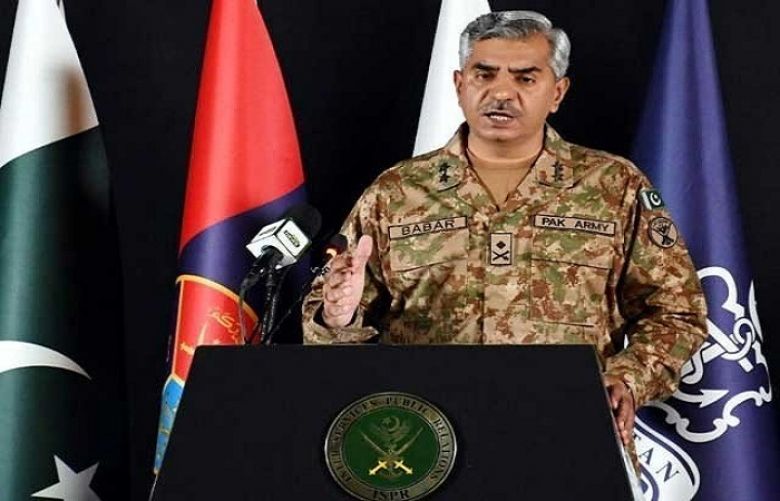 Director-General of Inter-Services Public Relations (ISPR) Major General Babar Iftikhar on Wednesday warned India that Pakistan will respond with full might to any misadventure and that it should "not play with fire".

The military spokesperson said Pakistan is ready for any military adventurism and there will be "uncontrollable and unintended consequences".

Maj Gen Iftikhar said the Pakistan army's capability was demonstrated in its response last year. “Do not play with fire,” he warned the Indian side.

He also rejected the Indian allegations of so-called launchpads and said UN military observers are free to go anywhere here but India has never allowed international media and observers on its side of the border.

“Things can become clear if the Indian side also allows access to the UN military observer group.”

The ISPR chief said the situation at the Line of Control is very serious where seven civilians have embraced martyrdom in unprovoked firing by Indian forces this year alone.

He said India plans to mount aggression against Pakistan in the next few months to divert the world's attention from its failures and embarrassment on multiple fronts including the border issue with Nepal, mismanagement of coronavirus and its dwindling economic situation.

“India has also faced embarrassment on the standoff with China along the Line of Actual Control. Raj Nath has tried to downplay the importance of this conflict.”

Giving details about New Delhi’s failed attempt to which he referred as "Pulwama 2", Maj Gen Iftikhar said that India claimed to have seized a vehicle in which COVID-19 infected terrorists were sent to India-occupied Kashmir from Pakistan.

“The vehicle was captured in the night but was destroyed in the day so that the evidence is lost. India is preparing a stage through such activities.”

He also referred to a recent statement of Gen Bajwa where he said that the future of enduring peace and stability in South Asia hinged on the ability to resolve long pending disputes within the region.