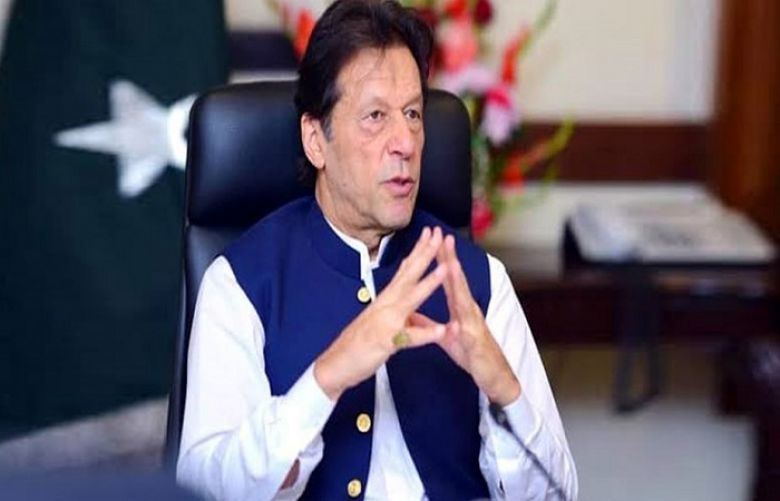 “Shocked and saddened by the PIA crash. Immediate inquiry will be instituted,” the premier wrote on Twitter after the national flag career flight flight PK-8303 crashed in a residential area near Karachi's Jinnah International Airport a few moments before landing.

Ninety-nine were aboard the plane, including 85 passengers.

The prime minister further said that he was in touch with PIA’s CEO Arshad Malik and with the rescue and relief teams working on ground.

Expressing immense grief over the loss of precious lives, the premier extended condolences to the families of the deceased.

"Prayers and condolences go to families of the deceased," read the tweet.

Earlier in the day, Pakistan Air Line Pilots' Association (PALPA) said that nothing can be confirmed regarding the plane crash until the black box of the aircraft A320 is decoded.

The PALPA spokesperson Tariq Yahya said that the aircraft was short on power by the end of its journey and was gliding on low altitude.

"When the plane engine fails, the only option is forced landing for which altitude is very important. Unfortunately, the PIA air craft didnot have the required altitude and it crashed on the residential area," Yahya maintained.

Speaking about the safety protocols before the plane embarks its journey, the PALPA official said that the pilot is handed a technical log book filled by the technicians which a pilot goes through before taking off the plane.

Lamenting on the inadequate safety measures for aviation in Pakistan, Yahya said that PALPA had been urging authorities not to compromise on safety guidelines.

"Constructing high story buildings is the violation of civil aviation rules," he noted.