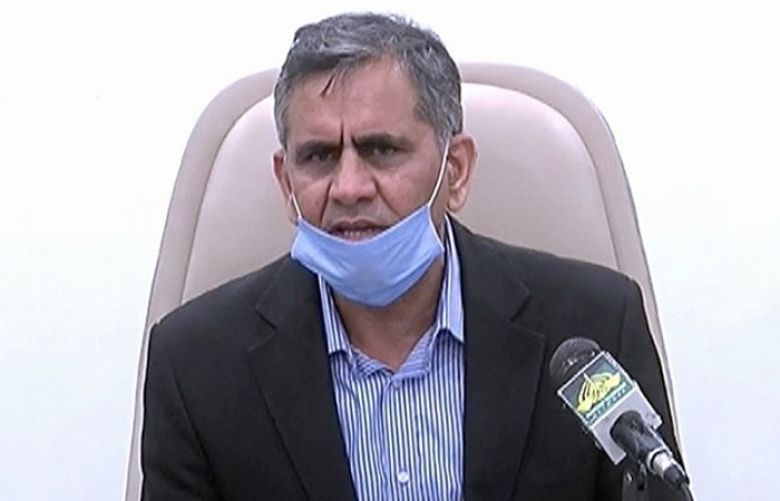 PIA CEO Arshad Malik said the Aviation Ministry would oversee an inquiry into the incident and that his team stood with the government of Pakistan, the armed forces, and the National Disaster Management Authority (NDMA).

"We will need 2-3 days to complete the operation," Malik said. "The airplane was technically sound.

"The aviation ministry will oversee an inquiry into the incident. We want the inquiry report to be completed as soon as possible but we cannot say when. We do not wish to interfere with the inquiry in any way."

The PIA boss confirmed that 99 people, including passengers and air crew, were aboard the flight and that as of now, "we have reports of 19 dead in Civil Hospital and 22 in other hospitals".

He said the pilot established a final landing approach and the Pakistan Civil Aviation Authority (PCAA) control room gave him a green signal to go ahead.

"The pilot then did a go-around. He said he is preparing for a second approach.

"Now what was the reason for the go-around? Please do not have any suspicions or doubts," Malik said, adding that facts could be ascertained through flight recorder and the black box. "Nothing can be said till the black box is retrieved."

The PIA top official added that after the go-around, the pilot gave a call stating he "will establish for second approach".

"Something happened there and there can only be ambiguities until we receive the voice and data recorders. I say this with responsibility that when it is received, we'll know whether there was a technical fault, some other issue, some outside activity, bird hit, etc.

"When the plane lowered down, the ATC asked the pilot if there was an issue and the pilot responds, 'Yes, I am facing a problem,' after which the communication gets cut off.

The PIA CEO also spoke about the victims and the response to the tragedy. "We need to handle the situation. We will handle this crisis," he said. "That's why I'm here and the aviation minister will come tomorrow.

"The families of the victims are welcome to come and stay at the airport hotels, which have been vacated. All affected persons are going to be accommodated in airport hotels and other government facilities in Qasr-e-Naz," Malik noted.

"The plane crash-landed in a street; there was damage to the nearby houses but thankfully no building collapsed," he added.

He said the Safety Investigation Board "is a government body that will oversee the investigation" and that it is "independent of PIA and will operate under its own SOPs".

Malik also explained that the monitoring of the aircraft's technical soundness was done by the industry, which has a database through which "they keep a close eye on the aircraft's health".

"I do not wish to give any further information [on the survivors] and I do not want to give anyone false hopes. Our emergency response centre is working round-the-clock to ascertain the facts," he said.

"I will provide more information as soon as we have it."