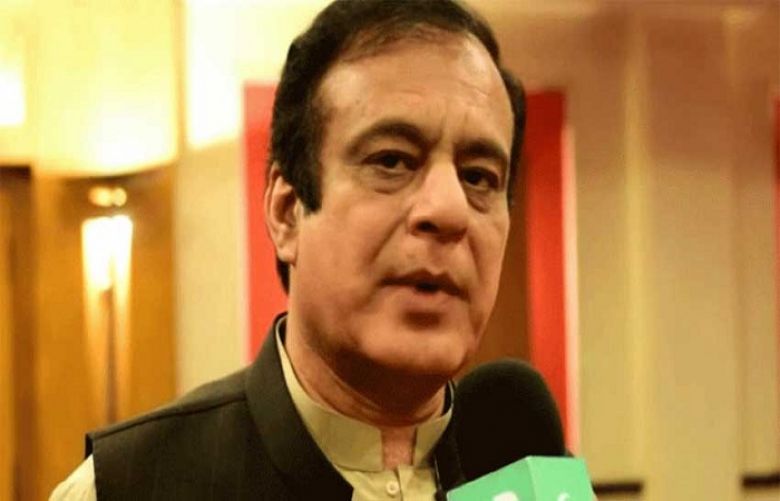 Federal Minister for Information and Broadcasting Shibli Faraz has said that instead of responding to the serious corruption allegations leveled against him, Shehbaz Sharif has demanded new elections.

He said that Shehbaz Sharif wants to avoid accountability, however, this time he will not be allowed to flee.

In a briefing to the media after the federal cabinet meeting, he said that the sugar inquiry would soon be concluded and its report will be presented by next Tuesday. Answering a question, he said that there was no similarity between the sugar export and drug scandals and Shehbaz Sharif’s crimes.

He also said that a report on illegal recruitments made in the past was submitted during the cabinet meeting while the non-reporting ministries have been given a week’s time.

Shibli Faraz said that the Prime Minister has directed to pay media dues before Eid-ul-Fitr while a special committee on outsourcing of airports has also been formed. The legal issues regarding outsourcing will be resolved by June 30, he added.

The Minister said that the meeting also approved special packages for the board members of Islamabad Healthcare Commission and citizens living on Line of Control (LoC) while a package of Rs50 billion has been approved for the agriculture sector.

The Information Minister said that Shehbaz Sharif and his family have been accused of corruption but instead of responding to those allegations, he has demanded new elections. He said that coronavirus has completely shifted global dynamics and now that the whole nation is fighting the virus, such things should not be uttered.

The Federal Minister said that for the Leader of the Opposition, power is the name of the game but he can no longer deceive the nation because the Pakistani people had rejected him in 2018 as well.

He said that the issue of including Shehbaz’s name in the Exit control list (ECL) is under consideration and this time, he will not be allowed to flee the country.