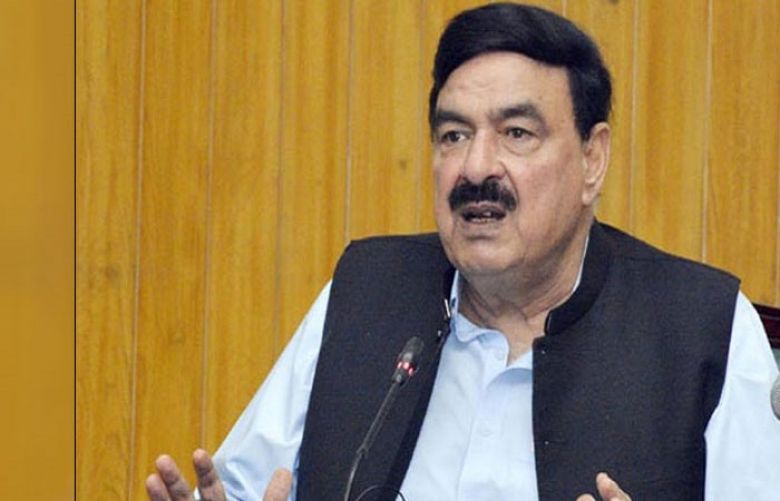 Talking to media, he said the corruption watchdog will take indiscriminate action as it will “sweep both sides and not just one side.” He added charges against PML-N president and Leader of the Opposition in the National Assembly Shehbaz Sharif are grave.

The minister said Sharif may not be wanting to go abroad, but even if he does, he will not be allowed to fly out of the country. He maintained no one from two main opposition parties – PML-N and PPP – can challenge Prime Minister Imran Khan in politics.

Prime Minister Khan will complete his five-year tenure, he said, adding Punjab Chief Minister Usman Buzdar is also not going anywhere as he faces no threat as long as the prime minister supports him.

Sheikh Rasheed Ahmed said amendments to the NAB law are not being brought anytime soon.

About resumption of train services, the minister said 30 trains will start chugging from tomorrow and announced that he would visit railways’ every divisional headquarters himself to see whether the SOPs are implemented.

He said the department will run a special train under the SOPs, if the number of passengers increases. He added tickets worth Rs240 million have sold out.