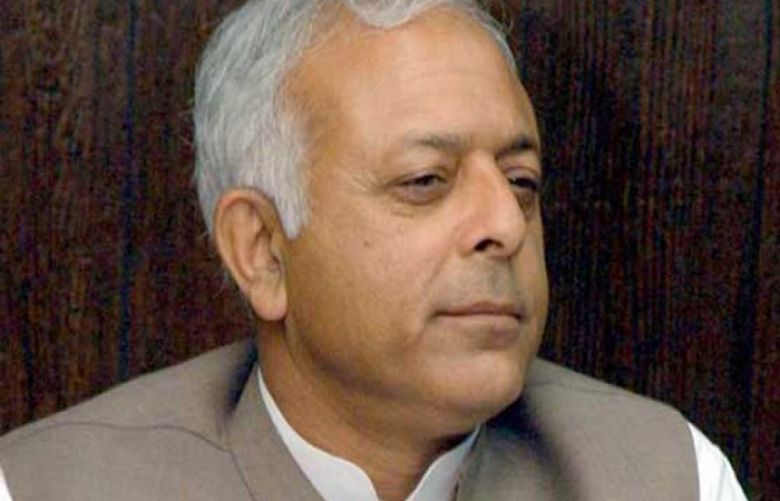 Giving personal explanation in the National Assembly on the summon issued by the NAB to him, Ghulam Sawar Khan said he will not criticize the anti-graft watchdog as it is a sovereign body.

Mr Sawar said he and his family is in politics from five decades and presenting himself and family before the NAB for an inquiry into assets beyond means charges.

“The one who identifies my mistakes is regarded as my best friend”, the minister was quoted as saying.

The aviation minister supported across the board accountability and said whoever has looted national exchequer should be held accountable.

He said the three time premier and who remained federal ministers for several times should also be made accountable before the law.

Yesterday, Minister for Aviation Ghulam Sarwar Khan was asked by the NAB to submit all documents containing details of the properties he owns be it commercial, agricultural land or residential or commercial plots, sources had revealed.

According to sources, Investigations into the matter are underway after a complaint was registered against the federal minister and his family members of carrying out some unlawful activities.