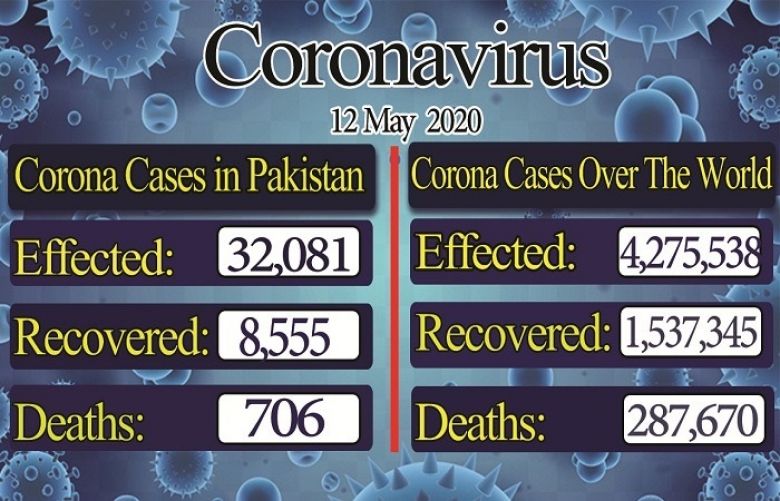 The number of confirmed COVID-19 cases in Pakistan rose to 32,081 on Tuesday after new infections were confirmed in the country.

The province-wise break up of the total number of cases are as follows:

Sindh Education Department’s steering committee’s meeting has decided to promote all students from classes 1 till 8 to the next grade, said a spokesperson of the education minister.

The spokesperson added that decision related to classes 9-12will be taken tomorrow. He also shared that the steering committee members have asked the provincial government to hold the board exams for classes 9-12.

The spokesperson shared that the provincial government will decide on the board exams after consulting the federal government.

Special PIA flight to bring back stranded Pakistanis from the US will depart from Lahore to New Jersey on May 17, announced a PIA spokesperson.

The official added that the PIA was making arrangements for additional flights to the USA to bring back stranded Pakistanis.

Meanwhile, the spokesperson also shared that PIA employees who had contracted the virus have recovered and have resumed their duties.

The recovered patients included cockpit and cabin crew members. He added that the officials were diagnosed while performing their duties on relief flights being operated by the national carrier.