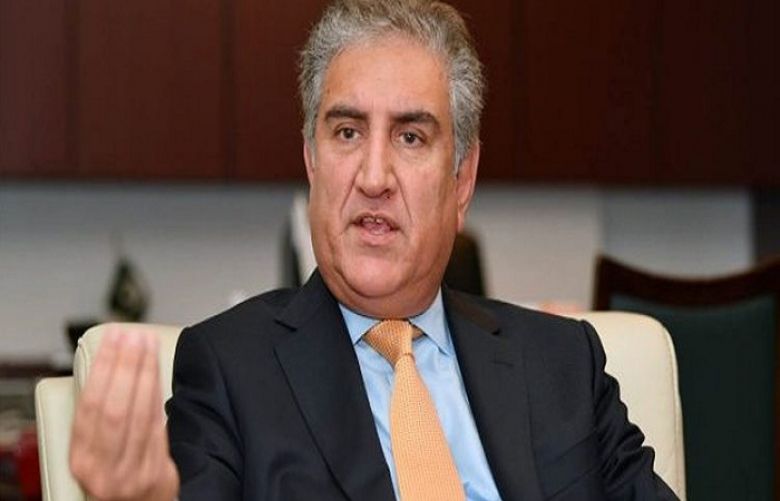 Foreign Minister Shah Mehmood Qureshi on Wednesday said that Pakistan needs to remain vigilant as the country was yet to hit its peak for coronavirus infections.

FM Qureshi said that the country was slowly and gradually ratcheting up its testing capability for coronavirus so that proper mapping of the virus could be determined which would in-turn help in strategise according to developing trend.

Shah Mehmood Qureshi said that the nation should remain aware and mindful that the cases will infact see a spike but it should not strike fear as putting up a united front against the invisible enemy was incumbent.

The foreign minister said that the country stood on a difficult crossroad where it has to create and intricate balance between stopping the virus from spreading along with caring for its poor who may face life and death circumstances due to lack of economic activity.

FM Qureshi also said that there is no set mechanism as yet that could be seen as a tried and tested way to fight back against the pathogen, he said that Pakistan being a third world country could not prolong or observer a full lockdown due to the economic implications it would incur.

Shifting gears to repatriation of overseas Pakistanis, Shah Mehmood Qureshi said that efforts were underway to bring all those willing to fly back to their native land, back to Pakistan.

FM Qureshi said that as the capacity and capability of the country’s coronavirus testing was seeing an increase, the number of overseas Pakistanis being brought back has also been increased along with it.

At first 3000 Pakistani’s were finalised for repatriation which has now been increased to 6000, due to increased testing capacity.