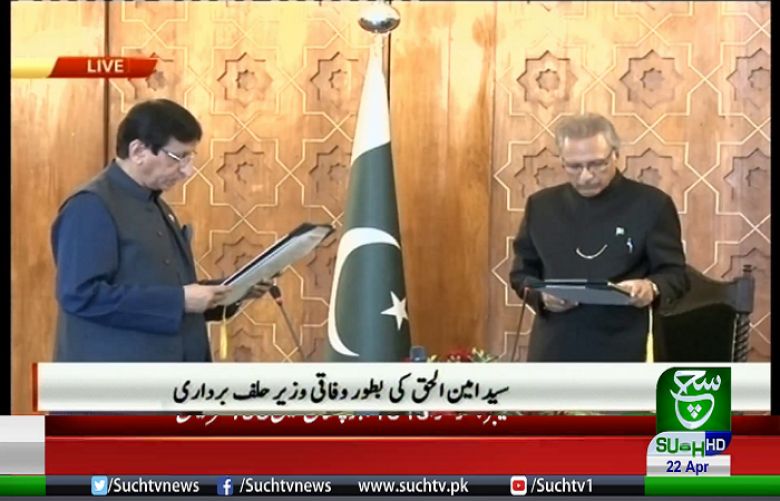 President Dr Arif Alvi administered the oath to him at a ceremony held in the Presidential House.

The reshuffle follows on the heels of the release of the inquiry reports on sugar and wheat crisis that pointed an accusing finger at PTI stalwart Jahangir Khan Tareen, a brother of Khusro Bakhtiyar and PML-Q leader Moonis Elahi over their alleged involvement in the scam.

Hammad Azhar had been relieved of the portfolio of economic affairs and named Minister for Industries.

Babar Awan was appointed as Advisor for Parliamentary Affairs, while Mohammad Shahzad Arbab has been removed as Advisor to the premier on accountability.

Amin ul Haq has been appointed as Federal Minister for Telecom.