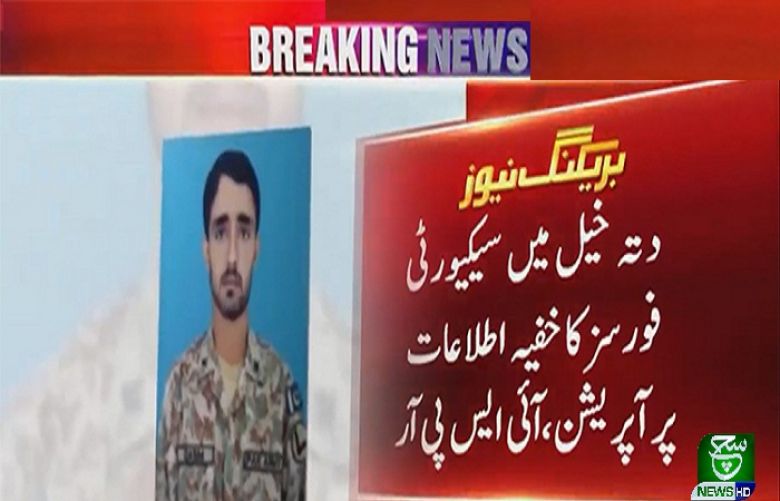 The spokesperson of the armed forces said the security forces have carried out an action on terrorist hideouts in Datta Khel town of North Waziristan.

The terrorists opened fire on security personnel during the raid while seven terrorists were killed in retaliation and four officials including an officer were martyred and one sustained injuries in the exchange of fire.

Security forces have also recovered a huge quantity of weapons, explosive materials and other assets during the operation.

The military’s media wing said the forces, acting on a tip-off, carried out the operation on a terrorist hideout in the Datta Khel town of the tribal area.

Two soldiers, identified as Sepoy Muhammad Shamim and Sepoy Asad Khan, embraced martyrdom in the exchange of fire with the terrorists.