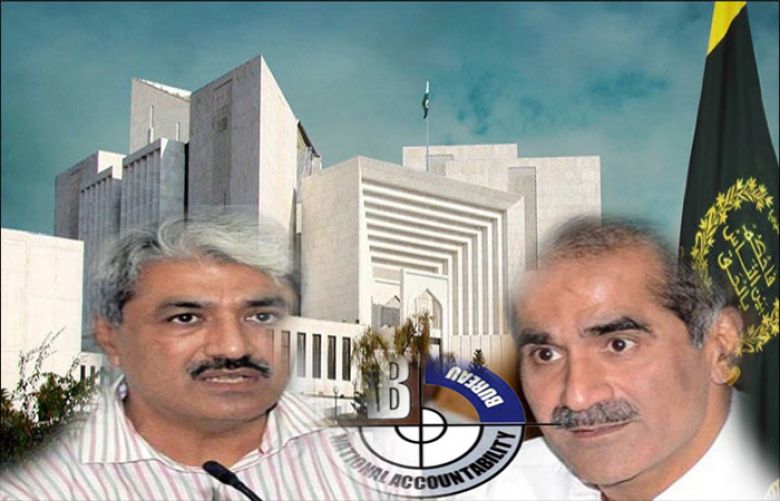 The Supreme Court (SC) on Monday served notice to National Accountability Bureau (NAB) in a bail plea of Khawaja brothers.

A three-member bench of the Supreme Court headed by Justice Maqbool Baqir heard the plea of Khawaja Saad Rafique and his brother Salman Rafique.

Ashtar Ausaf, the counsel of Khawaja brothers in his initial arguments before the bench said, the reference is under hearing against his clients and the NAB has failed to prove charges against them so far.

Statements of only 52 witnesses have been recorded out of total 122, he added. The court was pleaded to seek detailed report from the NAB about the reference and grant bail to Khawaja Saad and his brother.

The court summoning the thorough report from the NAB deferred the hearing till March 10.