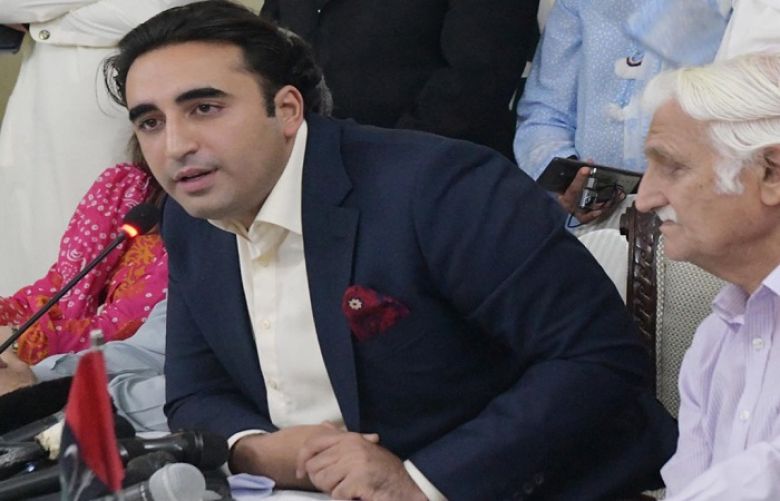 PPP Chairman Bilawal Bhutto Zardari slammed the PTI-led government for compromising on the ‘economic rights of the people of Pakistan’ and accepting all the demands put forward by the International Monetary Fund (IMF).

The PPP chairman, while speaking to the media in Lahore, alleged that the incumbent government does not know how to run the country’s economy.

Bilawal said that his party during its tenure had also approached the IMF, saying that the PPP government 'protected the interest of the people' at that time.

“Whenever they wanted to burden the people of Pakistan then we would fight them,” said Bilawal while talking about the PPP’s decision to approach the IMF.

“The government is not fulfilling the promises it made, and the promises they made were incorrect,” said the PPP chairman. He further lamented that the government took over a year to approach the IMF over a bailout package.

On July 3, the IMF Executive Board had approved a three-year bailout package worth $6 billion to Pakistan. Soon after the agreement was signed, Pakistan had received the first tranche of a loan of $991.4 million from the fund.

The PPP chairman said that the government cannot document the economy at one go when it knows that a “huge section of Pakistan’s economy is undocumented”.

“You are making the businesses afraid. By setting the CNIC requirement you have taken the energy out of the economy,” lamented Bilawal. He added that the government needs to stop believing that those who are not in the tax net are corrupt.

“It is your system which is corrupt and inefficient,” said the PPP chairman.