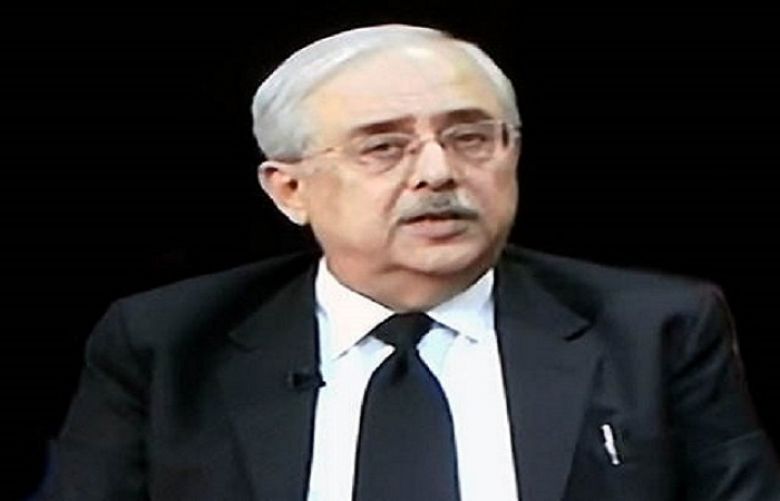 Former attorney general of Pakistan Anwar Mansoor Khan has sought unconditionally apology from the Supreme Court over his February 18 remarks.

“I respect the judiciary and judges and cannot even think to speak against them”, the written apology of the former attorney general reads.

It is to be mention here that, Anwar Mansoor Khan had resigned from his post citing demand of the same from Pakistan Bar Council as the reason behind the decision.

Speaking to private news channel, Anwar Mansoor Khan said that he had submitted his resignation to President Arif Alvi.

“I note with profound regret that the Pakistan Bar Council, of which I am the chairman, has demanded through its press release dated 19th of February 2020 that I resign forthwith from the Office of the Attorney General of Pakistan.”

“Being a life member of Karachi Bar Association, Sindh Bar Association and the Supreme Court Bar Association, and having previously served as the Advocate General Sindh, the Attorney General for Pakistan and a judge of the High Court of Sindh, I stand with my brothers and colleagues at the Bar,” Anwar said in the letter.