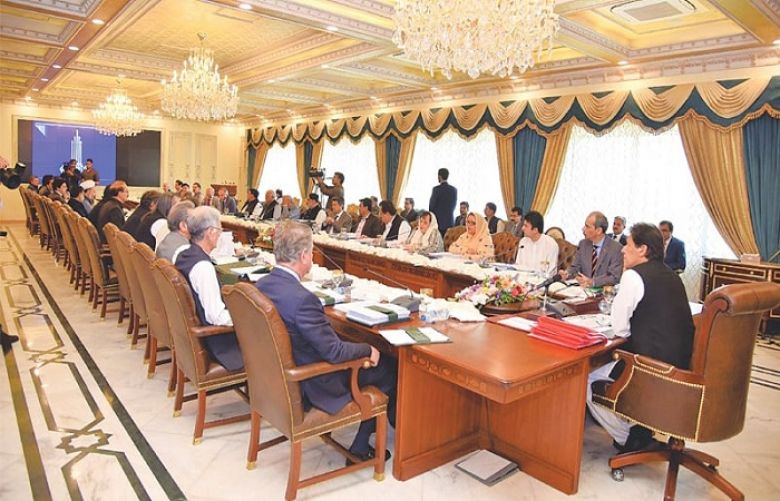 The federal cabinet has decided in principle for not hiking prices of electricity and gas besides deliberating further steps for reducing inflation.

Sources told ARY News that a meeting of the federal cabinet was held at PM House under the chair of Prime Minister Imran Khan today to discuss 16-point agenda.

A detailed review was made over the government’s steps taken to reduce inflation, whereas, the members have made a decision in principle for not hiking power and gas prices.

During the meeting, the premier directed concerned authorities for strict monitoring of commodities’ prices after the issuance of a relief package. It is also directed to devise a strategy for decreasing import levy to lessen prices of pulses, said sources.

“We are well-aware of problems being faced by the nationals and the people will get relief after the government’s decisions. Neither the rates of gas will be increased nor electricity prices and taxes will be hiked,” said PM Khan. The premier directed cabinet members to take further steps on an emergency basis to control inflation.

The administration of the state-owned utility stores has been directed for making effective steps to void the shortage of basic commodities.

PM Khan directed authorities to submit a probe report into wheat crisis within one week and he gave two-week to the concerned officials for the submission of a report regarding sugar rates.

Federal minister Faisal Vawda raised the matter of affected children by metabolism disorder. PM Imran Khan issued orders to ensure the availability of life-saving nutrients after removing the ban on its imports. The premier ordered the health adviser to look into the matter.

Moreover, the matter related to the appointment of the Securities and Exchange Commission of Pakistan (SECP) commission and a briefing on parliamentarians’ inclusion in the Ehsaas programme were postponed.

The discussion on National Education Plan 2020 was also postponed due to the absence of education minister in the cabinet meeting.

A three-member committee has been constituted by the premier for finalising the regulatory framework of pilgrims management policy. The members who were named for the committee include federal ministers Shireen Mazari, Ali Zaidi which will be headed by Federal Minister for Religious Affairs and Interfaith Harmony Noorul Haq Qadri.

The appointment of Pakistan Mineral Development Corporation’s managing director was approved, whereas, various agenda items regarding postings and agreement between Pakistan and Turkey have also received approval.