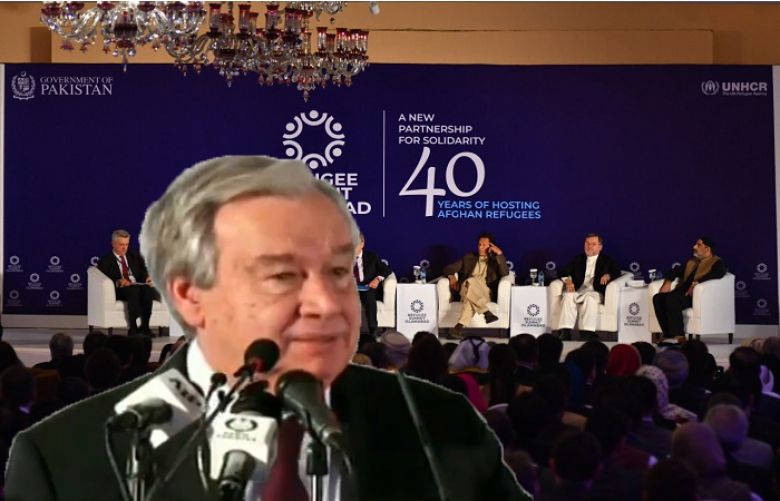 The Secretary General said we are here to serve Afghan people who deserve peace and stability and repatriation with safety and dignity.

He said people of Pakistan extended generosity to the Afghan refugees for forty years, and this story is very close to his heart.

He said Pakistan is still the second largest country in hosting refugees. He said despite many challenges Pakistan set a good example.

The UN Secretary General said we must recognize that the international support has been minimal as compared to national contribution. He said time has come for international community to act and deliver with responsibility sharing. He said refugees is a big challenge, but this conference shows commitment to solve the issue.

Highlighting the importance of peace in Afghanistan, he change can be brought into lives of millions of people through Afghan peace process.

“Solution is Afghan problems can only be resolved from its soil.”

It is pertinent to mention here that with 4.5 million Afghan refugees who migrated from their country due to ongoing wars since 1970’s, Pakistan hosts second-largest refugees population after Turkey globally.