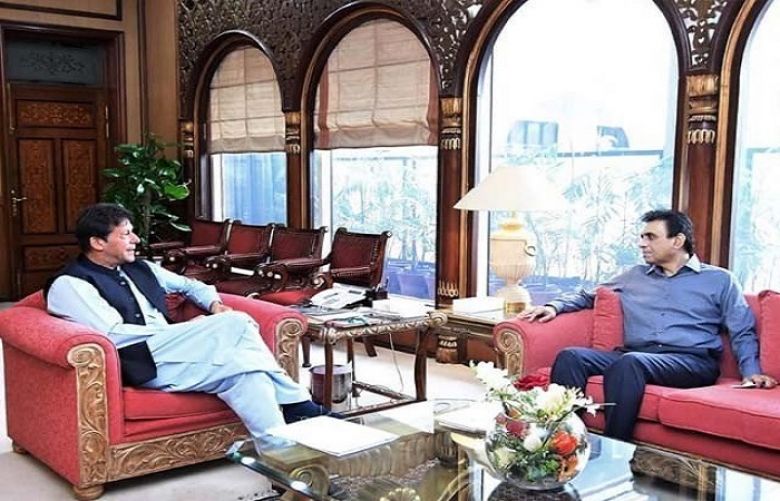 The ruling PTI and its key ally in Sindh, MQM-P, have reconciled after the latter's convener, Khalid Maqbool Siddiqui, met Prime Minister Imran Khan here in the federal capital.

The two, according to sources, had discussed matters related to Siddiqui’s ministry during the meeting.

Sources had earlier conformed that the MQM-P leader had taken up charge of the Ministry of Information Technology and Communication; however, the Karachi-based party refuted the report.

On January 12, the MQM-P had given the federal government a jolt as Siddiqui, then-minister for information technology, announced his decision to leave the federal cabinet over “unfulfilled promises”.

Siddiqui had said that his party had supported the federal government in every difficult phase but "injustice was still being done with Sindh".

Following the announcement, several PTI leader and ministers met the MQM-P in Karachi to hear the concerns that they had put forward. It must be kept mind that PM Imran had not accepted Siddiqui's resignation.

MQM-P was not the only ally of the ruling party that has threatened to quit its coalition at the centre. The PTI got much needed relief on Monday after its leaders managed to convince the estranged PML-Q to not leave the alliance.

Leaders of the ruling PTI and its coalition party, the PML-Q announced a truce after hour-long discussions at Punjab Assembly Speaker Chaudhry Pervaiz Elahi's residence on Monday.

The announcement was made during a joint press conference after the two parties' delegations met in Lahore in a bid to reconcile. After the talks, leaders of the PTI and the PML-Q said they would go ahead hand-in-hand in the future.