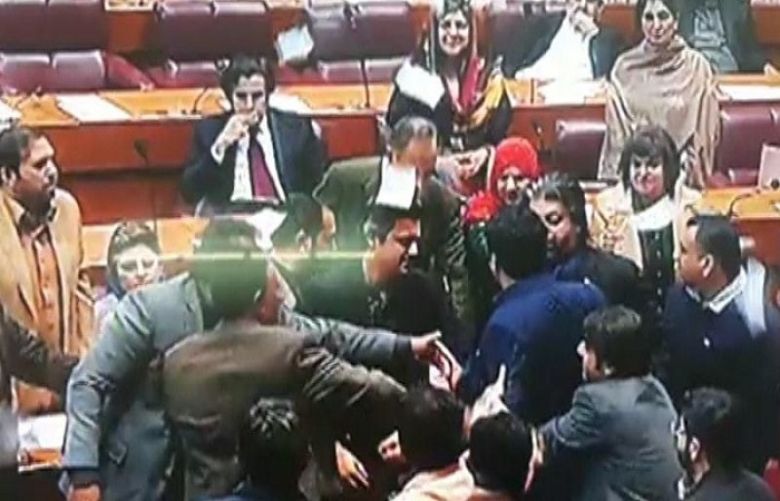 During his speech in NA, Omar Ayub Khan criticised Pakistan Peoples Party (PPP) saying that there was an extraordinary price hike during the PPP tenure.

The PPP reacted strongly over the Ayub’s remarks and surrounded him. PPP lawmaker Agha Rafiullah and Omar Ayub Khan engaged in a verbal clash and Rafiullah tried to hit Omar Ayub Khan.

However, Minister for Economic Affairs Hammad Azhar and Science Technology minister Fawad Chaudhry stepped in immediately and controlled the situation.

The NA speaker Asad Qaiser then adjourned the House proceedings until tomorrow.

Earlier in the day, Finance advisor Abdul Hafeez Shaikh, addressing on the floor of the National Assembly, said Pakistan was on the verge of default due to current account deficit and other economic indicators when PTI government came into power. He termed the root cause of the problems being faced by the country, nowadays, is the loan of Rs30000 billion.

He said country’s foreign exchange reserves saw a massive fall due to wrong economic policies of the PML-N. The adviser said the value of the dollar was maintained artificially, which also affected our exports.