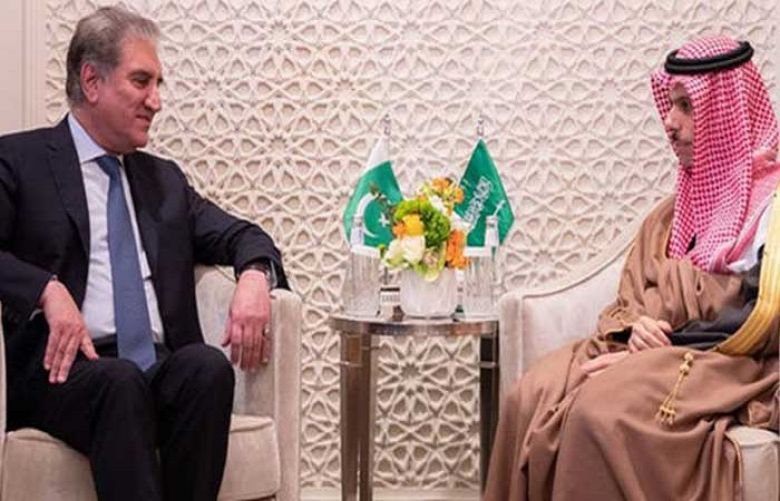 The two leaders reaffirmed the resolve to further strengthen the bilateral multi-dimensional relations and also discussed the overall peace and security situation of the region.

Qureshi expressed gratitude to his Saudi counterpart over the support to Pakistan's narrative on the Kashmir issue.

They also agreed to continue bilateral consultation over the important regional issues including occupied Kashmir.

The phone call between the Saudi and Pakistani foreign ministers came a day before a meeting of Organisation of Islamic Council (OIC).

"Saudi Arabia reached out to Pakistan and once again reiterated that together they would work to advance the Kashmir cause bilaterally and from the platform of the OIC.

The senior officials meeting will prepare for the OIC Council of Foreign Ministers conference scheduled for April in Niger. "Pakistan wants an emergency meeting of the OIC on Kashmir before the April moot," according to the report.

During his recent visit to Malaysia, Prime Minister Imran Khan had voiced his concerns about the disunity in the Islamic World.

“The reason is that we have no voice and there is a total division amongst (us). We can’t even come together as a whole on the OIC summit meeting on Kashmir,” PM Imran has said.