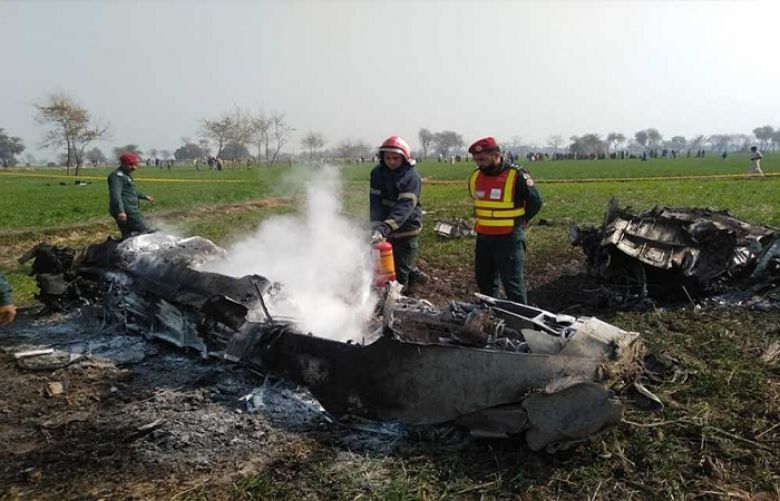 File Photo A trainer jet of the Pakistan Air Force crashed near Shorkot,

The Mirage jet was on a training mission, when it crashed near Shorkot, Jhang. The pilot of the aircraft remained safe, while no human or financial loss was reported.

Meanwhile, the Air Headquarters has constituted a committee to find out the causes behind the jet crash incident.

Back in year 2018, a trainer aircraft of the Pakistan Air Force (PAF) had crashed while landing at the Peshawar Air Base, killing two pilots.

According to a PAF spokesperson, the aircraft crashed when it was returning from a routine training mission. Two pilots of the aircraft were martyred in the accident.

“Pakistan Air Force reports with regret that a PAF FT-7PG trainer aircraft, while recovering from a routine operational training mission, crashed during landing at Peshawar Air Base,” a statement issued by the PAF had said and added “Rescue operation is in progress.”