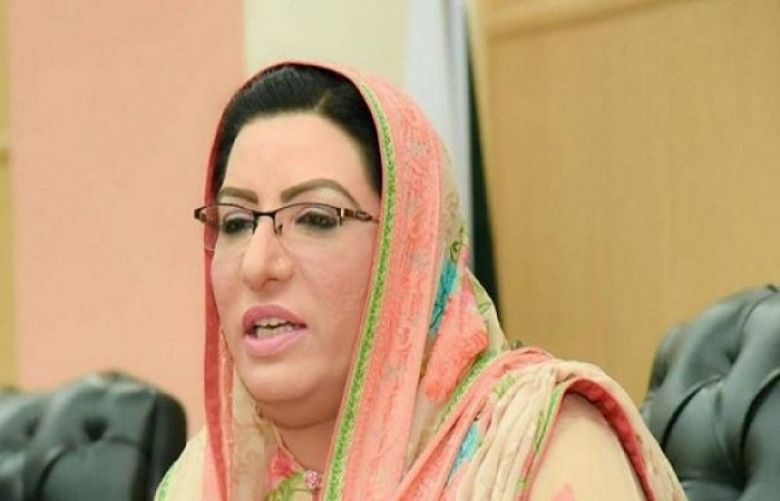 Special Assistant to Prime Minister on Information and Broadcasting, Firdous Ashiq Awan, on Sunday slammed the Indian government over the continuation of barbarism in occupied Jammu and Kashmir amid curfew on its so-called Republic Day.

Firdous Ashiq Awan, while addressing a press conference in Sialkot today, said Muslims and other minorities are being targeted in India, whereas, helpless people in IOJK are becoming victims of its state terrorism.

She said the Indian claims of being a secular state have been fully exposed around the world as it is a fascist government influenced by Nazism is ruling the country.

“Pakistani nation is standing side-by-side with Kashmiris on Kashmir Solidarity Day. Educated segments of the Indian society are now protesting against the illegal moves of Indian PM Narendra Modi. The day is near when each Indian citizen will show dissociation with the policy of state terrorism by the extremist and anti-peace government,” she said.

“Indian government will have to adopt a clear stance for providing the legal rights of Kashmiris.”

According to Kashmir Media Service, Kashmiris are observing Indian Republic Day today on both sides of the Line of Control (LoC) and across the world against India’s continued denial of Kashmiris’ right to self-determination.Call for the observance of the Black Day has been given by the All Parties Hurriyat Conference Chairman, Syed Ali Gilani, and other Hurriyat leaders and organizations including Muhammad Ashraf Sehrai and Mirwaiz Umar Farooq-led Hurriyat forum. The day is marked with a complete strike in occupied Kashmir and anti-India demonstrations and rallies in world capitals.