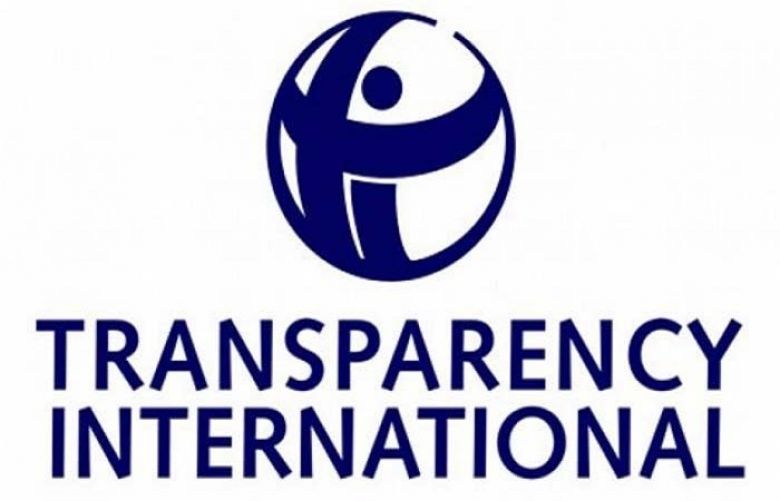 Pakistan was on Thursday ranked 120 out of 180 countries on the Corruption Perceptions Index (CPI) 2019, according to a report released by Transparency International (TI), an international non-governmental organization based in Berlin.

CPI uses a scale of 0 to 100 to rank nations, where 0 is highly corrupt and 100 is very clean. Pakistan's score — 32/100 — is one below its score last year and well below the CPI average of 43 for the year 2019. However, TI said that more than two-thirds of countries on its list scored below 50 on the index this year.

The Berlin-based non-profit releases the index every year, ranking 180 countries and territories by their perceived levels of public sector corruption according to experts and business people. Pakistan was ranked at the 117th place for the years 2017 and 2018.

The country had scored 33/100 on the CPI in 2018 and 32/100 in 2017. Although Pakistan's score on the index has not changed much compared to the past year, changes in the scores of other countries on the list can be one reason why Pakistan slipped in the ranking.

According to Transparency International, the CPI 2019 shows that corruption is more pervasive in countries where big money can flow freely into electoral campaigns and where governments listen only to the voices of wealthy or well-connected individuals.

"Similar to previous years, the data shows that despite some progress, a majority of countries are still failing to tackle public sector corruption effectively," the non-profit contends in the report, adding that in the last eight years, only 22 countries significantly improved their CPI scores.

TI Managing Director Patricia Moreira also echoed the same comments. "To have any chance of ending corruption and improving peoples’ lives, we must tackle the relationship between politics and big money. All citizens must be represented in decision-making," she said.

Pakistan was ranked 120 on the CPI this year, joint with African nation Niger, but above regional partners like Afghanistan (173), Iran (146) and Bangladesh (146). Neighbour and arch-rival India was ranked at the 80th place, scoring 41/100 on the CPI, according to TI.

The top countries on the index were New Zealand and Denmark, with scores of 87 each, followed by Finland (86), Singapore (85), Sweden (85) and Switzerland (85). The bottom countries were Somalia, South Sudan and Syria, with scores of 9, 12 and 13, respectively.

In the index, Pakistan was placed in the Asia-Pacific region, which had an average CPI score of 45 after many consecutive years of an average score of 44, illustrating general stagnation across the region. The region is home to both top-performing and bottom-listed countries on the CPI.

"While often seen as an engine of the global economy, in terms of political integrity and governance, the region performs only marginally better than the global average," the non-profit said, adding that the region hasn't recorded much progress in anti-corruption efforts.

According to Transparency International, it is imperative to prevent corruption in order to foster the integrity of political systems around the world. This will restore trust, and lead to a decrease in the perceived levels of corruption prevalent in several countries, the group said.

In line with the statement, the group also identified several key areas that governments around the globe could concentrate on reforming and thus decreasing corruption in their societies. The recommendations were part of the report the group released on Thursday.