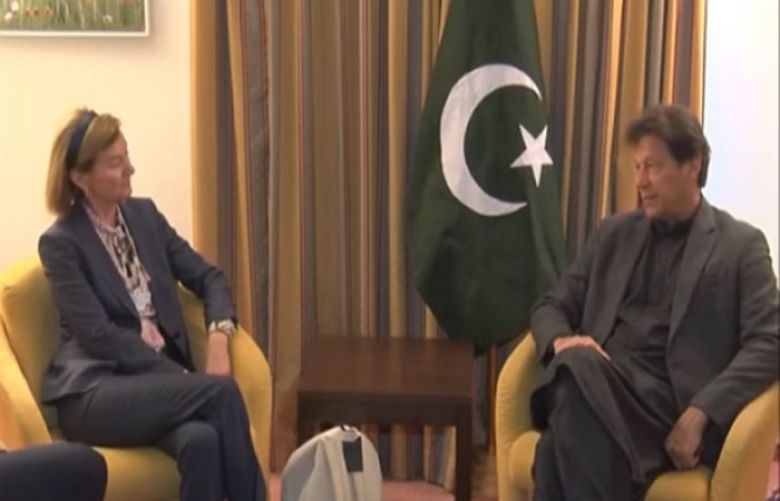 The Prime Minister appreciated Telenor's confidence in Pakistan due to its presence in the country since 2005 with an investment of around 3.5 billion US dollars.

He also emphasized the government’s focus on investment in the training and development of youth for skills enhancement.

Discussions were held on enhancing application of digital solutions for good governance, poverty alleviation through use of connectivity and increased economic transactions through mobile.

Telenor reiterated its strong commitment to Pakistan technology sector and shared their ideas on developing the sector in Pakistan.

The Prime Minister invited Facebook to consider investments to support Pakistani incubators and to help with digital literacy initiatives.

COO Facebook extended invitation to the Prime Minister for visiting Facebook headquarters.Prime Minister Imran Khan held a meeting with President EU Parliament David Sassoli at Davos today on the sidelines of WEF Annual Meeting 2020. The issues related to GSP plus were discussed during the meeting.