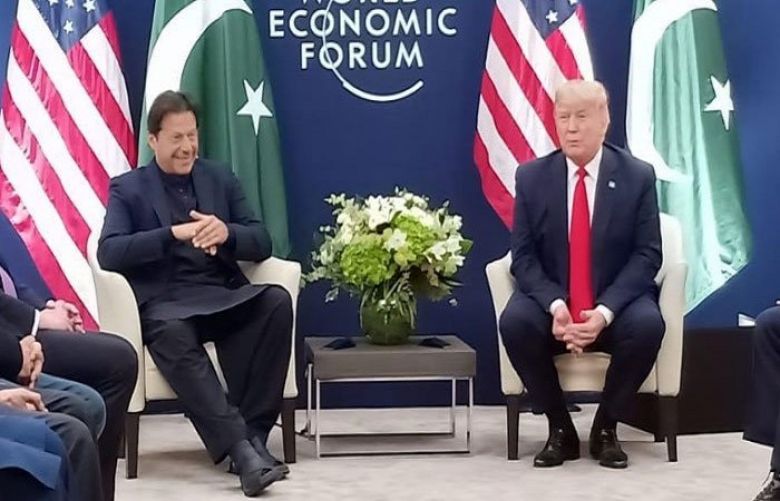 Foreign Minister Shah Mehmood Qureshi on Wednesday said that United States President Donald Trump had assured the Pakistani delegation at the World Economic Forum in Davos that he would soon visit Pakistan.

"US President Donald Trump has assured us that he will soon visit Pakistan," the foreign minister said in a statement issued hours after a meeting between Prime Minister Imran Khan and the US President on the sidelines of the WEF.

"I was present at the meeting between PM Imran and US President Trump. It lasted for one hour and was very productive," FM Qureshi said, adding that the meeting was conducted in a cordial manner and a full delegation from the US was present on the occasion.

"PM Imran raised all important issues before the US President, including a request to support Pakistan at the Financial Action Task Force and improving the travel advisory the US issues for Pakistan," Qureshi remarked in his statement.

FM Qureshi further noted that trade and investment had also come under discussions between the two leaders, and the premier and the US President had agreed that a trade delegation from the US would visit Pakistan soon.

According to Qureshi, the two sides talked about the increasing tensions between the US and Iran and the impact they could have on the region. "The two leaders talked about the onoging Afghan peace talks too," he said.

After his meeting with PM Imran, US President Trump had reiterated his long-standing offer to mediate on the occupied Kashmir dispute between Pakistan and India while answering questions from journalists.