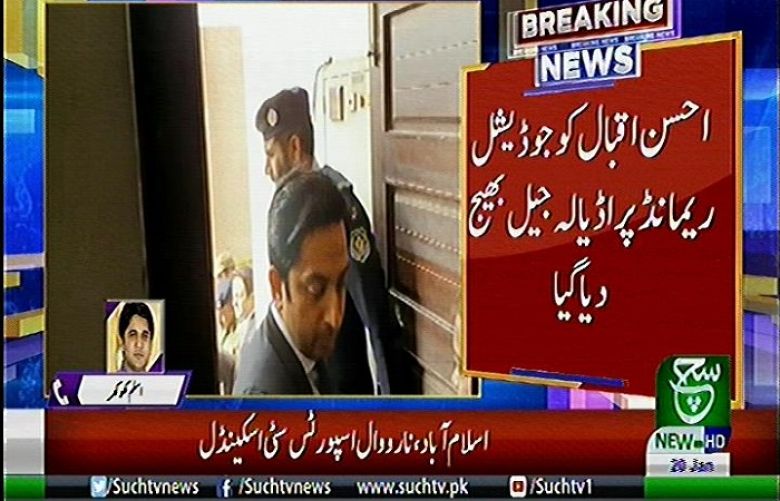 An accountability court turned down a request by the National Accountability Bureau (NAB) to extend physical remand of PML-N leader Ahsan Iqbal in a case pertaining to the Narowal Sports City case.

The accountability judge sent the former federal minister to jail on judicial remand until next hearing.

At the outset of the hearing, NAB officials presented Ahsan Iqbal before the judge, requesting a 14-day extension in his physical remand for further questioning in connection with an investigation into the scam.

The judge observed the accused has already been in the bureau’s custody for 28 days and asked if they want his 90-day physical remand.

A NAB prosecutor informed the court that Ahsan Iqbal was arrested on Dec 23 as the probe into the case is underway. He added statements of witnesses have been recorded after the arrest of the PML-N leader.

Meanwhile, the court gave the accused permission to meet his family members inside jail.

He was also allowed to have home-cooked food and access to medical treatment.

Ahsan Iqbal is accused of using funds of the federal government and Pakistan Sports Board (PSB) for a sports city in Narowal. He had already filed a reply to a questionnaire given to him by the bureau previously.