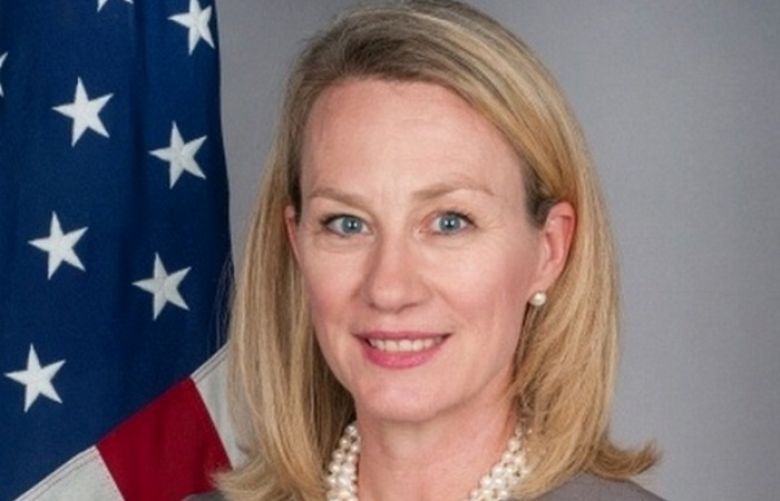 The visit is part of her 10-day tour of the region, during which she has already been to Sri Lanka and India before her arrival in Pakistan.

In Islamabad, she will meet senior Pakistani government officials and members of civil society to discuss issues of bilateral and regional concerns, including Afghanistan and the Middle East tensions.

Wells' visit to Pakistan comes on the heels of Foreign Minister Shah Mehmood Qureshi's visit to United States where he met with United Nations (UN) Secretary-General Antonio Guterres and UN President Tijjani Muhammad-Bande. On his trip, the foreign minister also exchanged views with US lawmakers on Pakistan-US bilateral relations and important regional matters of mutual interest, including Afghanistan peace process and Kashmir issue.

During his meeting with US Secretary of State Mike Pompeo, Qureshi said that Pakistan desired peace and stability in the region and was committed to playing its role in ending the prevailing tensions in the region.

Furthermore, Qureshi told his American counterpart that it was due to the joint peace efforts of Pakistan and US that after 40 years of confrontation, the news of peace through political settlement was coming from Afghanistan.

He said that Pakistan was playing its sincere role for the common cause of peace and stability in Afghanistan.

Pompeo appreciated Pakistan for its sincere efforts to mediate for a “political solution in Afghanistan”, “Afghan peace process” as well as for a peaceful neighborhood.

Wells' last visit to Islamabad in August 2019 had come a day after the Indian government had rushed through a presidential decree to abolish Article 370 of the constitution that granted special status to Indian occupied Kashmir.