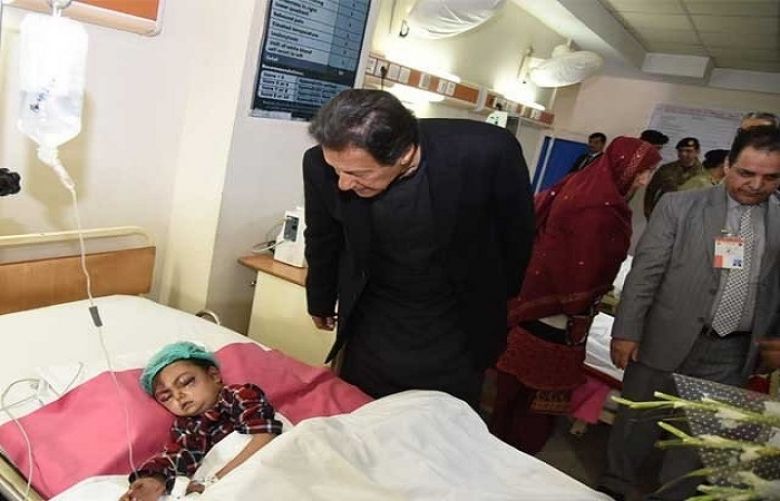 Prime Minister Imran Khan arrived in Azad Jammu and Kashmir on Wednesday and visited the Combined Military Hospital in capital Muzaffarabad to inquire after the injured as the death toll from an avalanche that had struck the area a day earlier rose to 76.

According to the State Disaster Management Authority, 22 shops and more than a hundred houses were struck as a result of the avalanche, with at least 91 houses completely destroyed and 101 partially damaged. The cold snap that caused the avalanche is likely to continue today.

Avalanches, flooding and extreme weather conditions have claimed more than 130 lives across Pakistan and Afghanistan in recent days, officials said on Tuesday as authorities struggled to reach people stranded by heavy snowfall.

Frequent avalanches and landslides occur in Kashmir during the winter, often blocking roads and leaving communities isolated. Authorities have shut down schools, while several highways and roads were closed across the northern mountainous areas, according to officials.

"The severe snowfalls and landslides in Azad Kashmir have caused misery and deaths," PM Imran had tweetd late on Tuesday. "I have asked the NDMA, the military and all our federal ministers to immediately provide all humanitarian assistance to affected people," he added.

In Balochistan, at least 20 people have been killed in separate weather-related incidents. "Most of those who died were women and children," said Mohammad Younus, an official with the provincial disaster management authority.

PM Imran arrived in Azad Kashmir on Wednesday afternoon to monitor the latest situation in the area. The premier was briefed about relief efforts and rescue operations underway in light of the extreme weather conditions.

The Associated Press of Pakistan said that the Chief Secretary AJK briefed the Prime Minister regarding damages incurred due to snowfall and avalanches in the area, as well as the relief efforts undertaken to recover the bodies and get the injured to hospitals.

In a post on Twitter, Special Assistant to the PM on Information and Broadcasting Firdous Ashiq Awan had earlier said the prime minister had taken notice of avalanche and issued directives to the authorities concerned to take relief and rescue measures at the earliest.

Across the border in Afghanistan, more than 300 houses were either destroyed or partially damaged throughout the country, said Ahmad Tamim Azimi a spokesman for the Natural Disaster Management Authority.

"A cold snap, heavy snowfall and rains that started two weeks ago have caused damage," he said, adding that most casualties were caused after roofs collapsed under thick snow. Hardest hit were southern Kandahar, Helmand, Zabul and western Herat provinces.

In Herat, seven people - all members of the same family and including children - died when their roof caved in, Azimi added. Harsh winters often take a heavy toll in mountainous Afghanistan, and the country remains poor despite billions of dollars in aid.