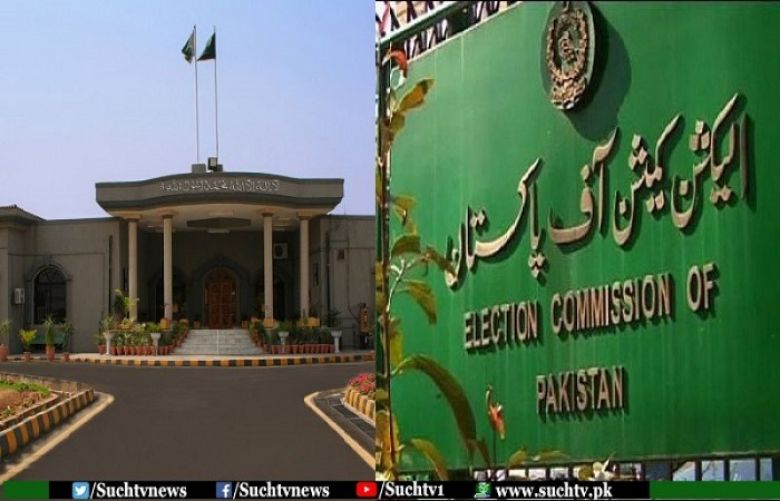 Chief Justice of the Islamabad High Court (IHC) Justice Athar Minallah has given time to the federal government to build consensus with the opposition over the appointments of the two members in the Election Commission of Pakistan (ECP), on Tuesday.

The high court resumed the hearing of the case related to the appointments of ECP members on two seats as the secretary of the National Assembly (NA) sought 10 days for submitting its reply in the previous hearing.

The lawyer sought more time for the parliamentary committee to legislate rules. The IHC chief justice ordered the government and the opposition to make a joint decision regarding the ECP appointments.

Later, the hearing was adjourned till January 15.