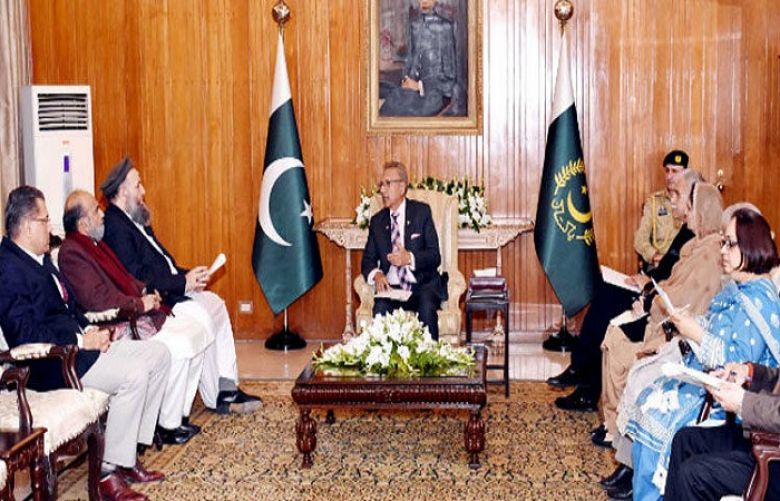 President Dr. Arif Alvi has emphasized the proactive role of Mosques and Ulema towards the resolution of social challenges.

Chairing a meeting in Islamabad on Tuesday, President Alvi said the role of mosque and Ulema is pivotal in addressing social issues by sensitizing masses and spreading public awareness.

He said a comprehensive policy framework must be developed through collaboration of ministries of Religious Affairs, Health, Education, Climate Change and Council of Islamic Ideology.

Earlier on October 7, President Dr Arif Alvi had urged religious scholars and media to play their due role in creating awareness about breast cancer.

Addressing a ceremony in Islamabad, President Alvi had said that Allah Almighty commanded the mother to breast feed her child for two years and added that breastfeeding lowers breast cancer risk.

He had said the disease should be discussed openly for early diagnosis and added that members of parliament should also play their role in this regard.