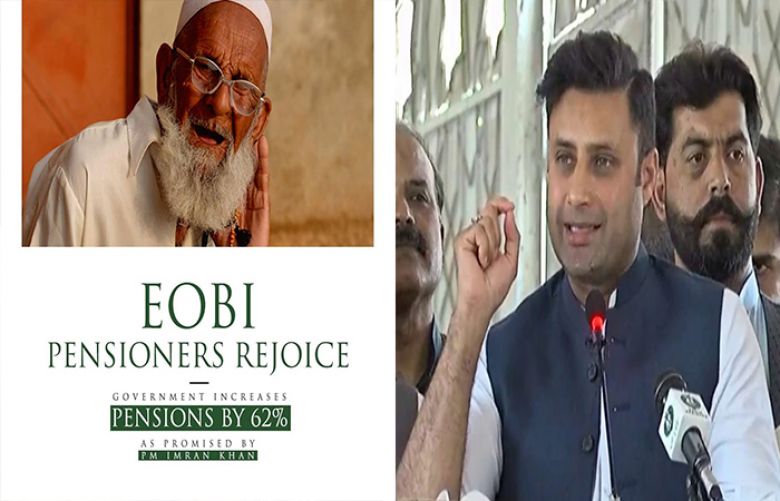 Special Assistant of Prime Minister on Overseas Pakistanis and Human Resource Development, Zulfiqar Bukhari, has announced an increase of Rs2000 in term of pensions for registered persons with Employees Old-Age Benefits Institution (EOBI).

Zulfiqar Bukhari, while addressing an event, made the announcement for raising the pension money from Rs6500 to Rs8500 of EOBI pensioners.

The pensioners will get Rs8500 pension from next year, said Bukhari, adding that it would be hiked up to Rs15,000 after the completion of EOBI project next year.

The special assistant said that different cases are pending in courts regarding the 18 projects of EOBI. He detailed that the government is willing to use government buildings under the custody of different institutions.

Bukhari further said that EOBI is the biggest victim of corruption as the money belonging to the pensioners were used for generating 18 properties. The present government is working towards the betterment of the institution and the efforts of EOBI managing director and its staff is praiseworthy for bringing visible improvements so far, he added.

“We are utilising EOBI funds in an effective way and the institution is not acquiring a single penny from the government.”

Bukhari complained that EOBI project was delayed for 10 years, whereas, the same institution has now collected Rs21 billion revenue. He vowed that companies will not be allowed to grab EOBI resources. He added that Prime Minister Imran Khan is worried for the timely payment of dues to the employees of different companies.

He said the EOBI pensioners who have been receiving a minimum pension of Rs5250 will now get Rs6,500. He vowed to increase the minimum EOBI pension up to Rs10,000.

Mr Bukhari said Prime Minister Imran Khan’s vision is to turn Pakistan into a welfare state, adding that the portfolio he holds was a “kitchen” in the past where people would come, eat and go home.

He said the state institutions are working despite rampant corruption in the country.

Mr Bukhari said he would turn the EOBI into a profitable organization with his experience.