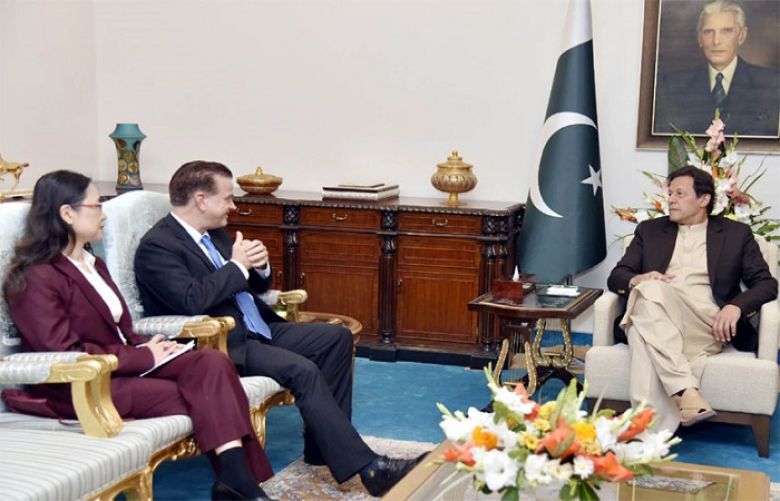 Prime Minister Imran Khan says the government has focused its energies on the uplift of poor segments of the population, particularly in the low cost housing sector.

He was talking to Director General Central and West Asia of Asian Development Bank, Werner Liepach, who called on him in Islamabad.

The Prime Minister said there is immense scope for expansion in the existing technical support in the Ehsas flagship program, low cost housing and provision of good quality food items to the people through Utility Stores.

He appreciated the ongoing support from the Asian Development Bank in social protection, agriculture sector, infrastructure development and towards financial efficiency in the country.

The Prime Minister highlighted the efforts of the economic team of Government for putting the country's economy on the path of stabilization.

Werner Liepach lauded the government's steps for steering the country out of difficult economic condition towards stability.

He said under the Financial Infrastructure Program, the Bank has contributed significantly towards construction of water resources, particularly the barrages in Pakistan.